Critic, essayist, book author, lecturer, journalist, Newyorker…, Mark Dery has surely been a trend observer – and eventually whistle blower – of urban life and techno culture for the past twenty years. We also owe him the term afrofuturism, which he first coined in an article entitled “Black to the future” (named after alternative hip hop musician and rapper Def Jef’s track).

What is Afrofuturism anyway ?

But okay, let’s say you’ve never heard of him. For starters, Mark Dery is everything but a white-collar scholar ; more of a hectic mind : never where he’s expected, always one step forward. As a critic, his work can be seen as a continuous attempt to unveil the limits of a biased obsessional “quest for authenticity” in a world where freedom definitions are predefined, where provocation is part of the whole consensus, where imagination is only authorised when thinking about techs and arts, where “catastrophe” and “irony” overwhelm “care”… To some extent, he might be seen as a conscientious objector when coming to intellectual comfort and everyday life passivity (whether you call it “luck” or conducted self-alienation). 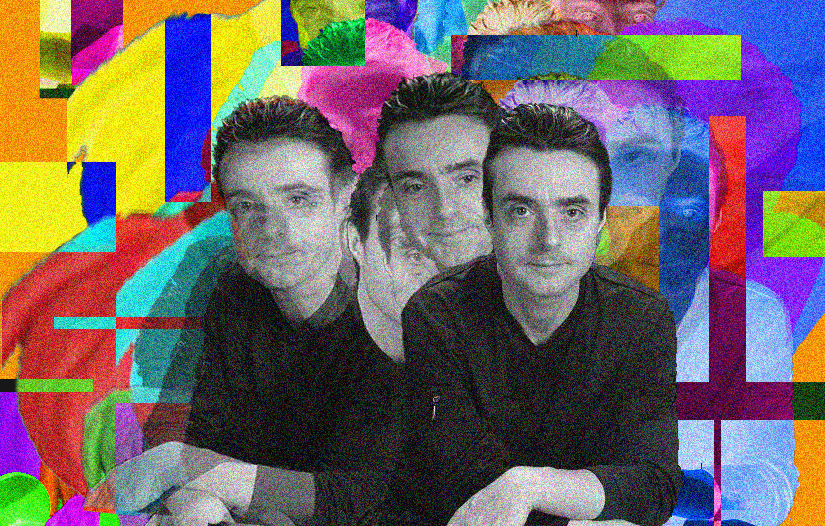 In a 1996 interview on his book Escape Velocity: Cyberculture at the End of the Century, Dery confides to Howard Rheingold “that our inability to conceive of the future in any other than dystopian terms is one sign that we’re moribund as a culture. And it’s important that progressive voices reclaim the future from the laissez-faire futurists, posthumanists […], and bearded evangelists of New Age cyberhype currently clouding our vision of things to come. […] We have to relocate our cultural conversation about the promise of technology in the noisy, dirty here-and-now and begin to build a progressive, pragmatic futurism.” Dery refuses to build a frantic relationship with shiny Tomorrowlands, but this said, his assessments are neither dooming nor fruitlessly pessimistic. In another Q&A with Roy Christopher in 2000, he precises “My personal take […] is that, rather than consign unfashionably “humanist” notions of social justice and political change to the recycle bin of history, we have to learn how to be moral animals in a world where all the old, comforting bedtime stories about God and progress and the providential hand of the free market are deforming and disintegrating as our culture, our increasingly posthuman technology, accelerates away from our nature[…]. That’s what a lot of my writing and thinking is about.”

Yet, it is worth considering him as a true humanist. Meaning, someone able to remain confident in the potential of mankind, while exhorting it to step out of an oblivious ease. Furthermore, Mark Dery is a witty troublemaker, at ease with distributing casual nay disconcerting replies, such as those to the mail-art publication Abe’s Penny (in 2009) eg. “Q: Why did your flaming punk-rock days end? A: [Because] the peanut-crunching masses stubbornly withheld their adulation, and refused to underwrite my dreams of Patti Smith rock godhood.“ As for his 2014 essay, I Must Not Think Bad Thoughts: Drive-By Essays on American Dread, American Dreams it depicts America’s most grotesque – when not frankly sordid – yet everyday-life and sometimes disarming oddities. A way to prove that scepticism isn’t the relativity-motivated immobilism we made out of it, but instead an effort to never interrupt the search for a so called “absolute truth”. Hence the equation Dery = Humour = Keenness = Criticism.

Credits : “Towards A Walk In the Sun” by Robert Pruitt / “DMC” by Darryl McDaniels / Spook Magazine, issue 4

When, in his 1995 interview with science-fiction writer Samuel R. Delany, leader of Burnt Sugar Greg Tate and Professor Tricia Rose, Dery first suggested the term afrofuturism, the purpose was to designate “Speculative fiction that treats African-American themes and addresses African-American concerns in the context of 20th century technoculture — and, more generally, African-American signification that appropriates images of technology and a prosthetically enhanced future”. Further down, he stated that “African-American voices have other stories to tell about culture, technology, and things to come. If there is an Afrofuturism, it must be sought in unlikely places, constellated from far-flung points.”

And so, Dery’s syncretic brainwave opened the way to the growing awareness of some shimmering thoughts questioning the prospects of a mainly constitutive yet disregarded community amongst American ones : it became the triggering factor to a vivid, both socio-conceptual and fearlessly arty, “meta-literature” about Afro-americans’ ability to influence the Futures. If, fundamentally, the black struggle to leapfrog the constant denial of its technological capabilities always has been of the utmost importance (beside, all the other racist forms of scorn), Dery took up the precious scrivener role toward a skyline that would inevitably outshine him (unable, as a white person, to be part of it ; when it is however this very same distance that would allow him, as a critic, to observe and name it…). And if some might say, in a disparaging way, that afrofuturism has become a catch-all phrase when questioning the place of Afro-americans in futuristic foresees ; they got it all wrong because Afrofuturism is inherently open. What Dery proposed was never the once and for all definition of a completed movement, but the proposal of one entry point through the polymorphous ongoing stream of acts and ideas taking the view of a non-summarizable Black community embracing the Future. 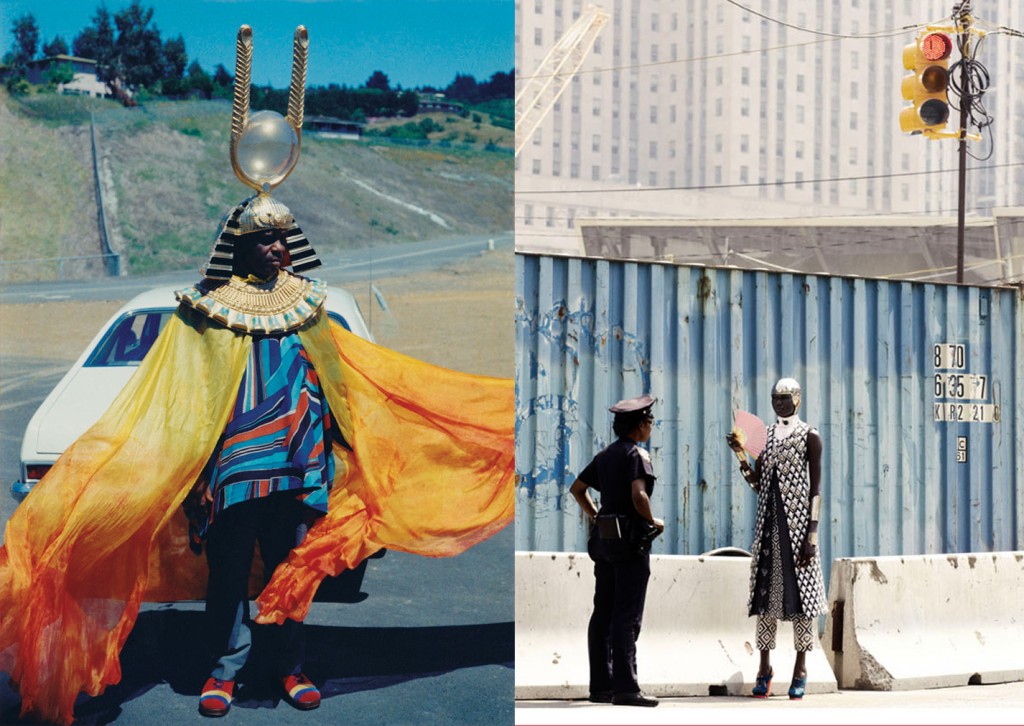 This – hastily – said, let’s keep in mind that Mark Dery is a cultural crossroads explorer. As a matter of fact, his observance of all kinds of expressive proposals – if not better when unheard of – without bias but true curiosity and open mindedness is not only genuinely striking, but also deeply challenging. Far from bitterness, his caustic sense echoes the stance of someone fiercely decided to learn from self-motivated human beings and to think by himself, avoiding as much as possible any systemic influence. This allows him to handle with the same wit and honesty an impressive array of underground or mainstream, colloquial or erudite, forbidden or unexpected references… In a 2012 interview with scientist Michael Goetzman, Dery noticed that “It’s too often forgotten that there’s always a historical pendulum swing between authenticity and inauthenticity, between a love of artifice and a crushing earnestness. It seems to me that you need both; each is, as all philosophical base pairs — hierarchical dualisms, binary oppositions — always are, defined in terms of its opposite, and therefore a kind of conjoined twin, unthinkable without its Other. I mean, you never have thoroughgoing artifice, and you never have utter sincerity and earnestness.” As for what we dare consider to be a shared thought with Dery : we, at Black(s) to the Future, believe in the plurality of moves and expressions, one as legitimate as the other, be it defending legacies or diluting them, (re-)discovering and then making fantasies of them… as long as the value goes hand in hand with the challenge that is, a perpetuous attempt to positively enrich them.

Pointing out “What stands beyond Afrofuturism” (from still too topical racial issues in America, to pointing the risks of being lured by techno-capitalism prospectives, all the more when thinking of Africa’s imprint) ; we will be publishing, one piece per month (from October to December), a three-part interview with Mark Dery, which he kindly consented to take part of. Meanwhile, we invite you to take a look at Mark Dery’s website, blog, or 1995 interview collection “Black to the Future”.

Read the second part of our interview w/ Mark Dery

Read the last part of our interview w/ Mark Dery

Black to the Future by William Pope.L

“My interest in collage really came to be when I immersed myself in studying alchemy. The idea of taking prima materia and transmuting it into something brand new grabbed me. I was always captivated by the collage aesthetic, and it was a natural talent for me. What really moved me was the lack of black faces and bodies in this particular expression. ” Krigga

Art by Krigga : Balance your equations