There’s an ambiguity about afrofuturism no one seems to mention :  what does the “afro” part of it refers to ? Everyone agrees on the fact that Afrofuturism rests upon a science-fictional representation of the world, from an afro point of view. But what is an afro-view ?

Afro at first sight stands for African. However afrofuturism isn’t an African movement. It was officially enacted in the US in the 90’ and leaded all the way through by Afro-American figures such as Sun-Ra, George Clinton, Samuel R. Delany, Tricia Rose, Janelle Monae… Also, if it is true that afrofuturism mainly relates to some African features, it also incorporates worldwide themes. More, afrofuturism proposes its own interpretation of the world, which goes way beyond Africa for instance. So what is it that afro really encompasses between africanness, blackness and the world ?

The USA is acknowledged to be a country born from the conglomeration of immigrants. Its culture is thus a combination of various inputs from different communities. However it should be important to distinguish 2 types of American migrants : the free men and the slaves. Within the first group, people have been relatively able to maintain a sense of belonging to their origins. Moreover, they would conserve the possibility to keep these roots alive, by travelling back and forth, corresponding, etc. and thus maintain a certain esteem (both self and mutual), if not an overall hegemony. They wouldn’t lose what defines them both socially and as individualities : education, folklore, beliefs, a history…

Black folks in the other hand, would remain stuck in one global status – slavery – which would annihilate any consideration of whether one of them comes from X or Y region of Africa, relates to X or Y ethnic group, has X or Y spiritual values, etc. They would be allowed to define themselves by one and only principle : their blackness. It wouldn’t be that much of their african rooting – which would be considered if not as irrelevant, at least as anecdotal. They would be forbiddened any culture, any affiliation, any existence that wouldn’t be “factual”. Like so the USA would be made of men and women of Caucasian descent… then blacks (and the few Native Americans left to live in reserves at the time).

So here is the first fact : African slaves have been contrained to renonciate to their africanness, in favor to the hatching of their blackness – the only given way for them to “enter” the world. They were blended together from the shipping to the arrival on the sole of America, totally uprooted, forced together. Through resilience, they found ways to fuse what they have learned to share in common, reinventing themselves in a brand new culture. Thus, between oversight (what they would remember for being theirs) and syncretism (what they would need to be a common binder), blackness would bloom, becoming the antithesis of any possible conservatism. 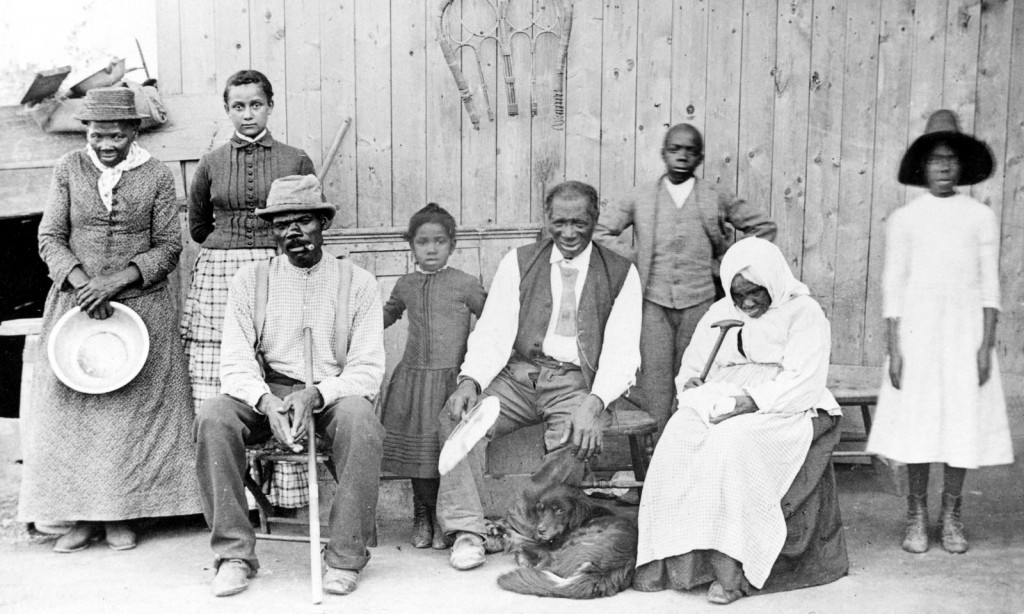 This said, blackness would come across several and diversed forms and mutations – especially over time. It always renewed itself, not by twisting or questioning its African roots only, but by appropriating all kinds of cultural expressions, from all around the world. Thus, there is no real surprise on how black culture became one of the most hectic breeding grounds of global culture : from the hatching of blues music (which owes its emergence to African traditional ring shouts and workers fields’ hollers, just as well as to Native American shamanic chants…) to contemporary queer-conscious hip-hop (with artists such as Mykki Blanco, Zebra Katz, LE1F, Angel Haze, or Temper… who obviously embrace a white-western imagery to better overthrow it when it comes to the expectations of what black culture is or could be), but also the Harlem Renaissance, the first forms of Naïve art, etc.

Blackness, from being the most obvious way to survive to becoming a proudly claimed “lifestyle” in some way, would now epitomize what it is to be a black person living among a majority of non-black ones ; knowing that your past has been rubbed down and yet living, presently, with what surrounds you. Blackness therefore rhymes with inventiveness, between adaptatibility, imagination, (re)appropriation and persistence. Yet, it would first be the privileged field for Afro-American people to establish their culture both in, from and towards the world.

Over time though, Africa encountered several changes as well : it stopped being a source for “human resource” only and its people, year in year out, reclaimed for the acknowledgment of their proper specific cultures, histories and traditions : africanness was born again. It wouldn’t be limited to some exotic – yet negligible compared to the “black seal” – hallmark anymore ; on the contrary, it would become a distinct & distinctive self-affirmation. Further, africanness would come with its own (historical, political and economic) concerns. Thus, africanness would inevitably compete with blackness for bringing some new complexity to the way colored people get to be defined and relate to the world : not only as black, but also as Black-american or African individuals (and later extended to Afro-latino, Afropean, Afrosian, etc.).

Far from backing off before this renewed africanness – at least from a cultural sight -, not only would blackness keep drawing its inspiration from it (despite gaps, misreadings and reinterpretations) but it would have also been its “memory keeper” in some way (between tributes and steals, but with the requirement of a constant originality, beyond exoticism). And as a matter of fact africanness would stand as a plural culture as well (between accreditation and indebtedness) and give birth to its own hybrid forms, such as ethio-jazz, highlife, SAPE, pantsula (and so far, and so on). Therefore a new cultural dialogue would make its appearance : afro-ness*. 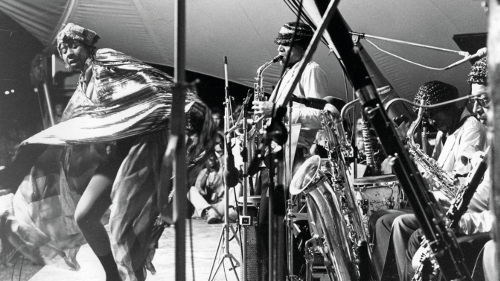 It is really important to understand the combining structure of both blackness and africanness. Blackness in the first hand relays on the importance of self-individualities within the group. Especially when it comes to apprehend and enhance the accomplishment of one individual journey as the success of the whole community. For what regards africanness it is slighty different as the individual isn’t at the center of the social structure. However, there is a deep attachment to plurality and reversly, a genuine distrust towards unifying structures*. Of course all of this comes with paradoxes and contradictions, particularly for what regards the non-permissiveness of some ones willing to establish the group as the only rightful force. However afro-ness would confirm this interbreeding / shape-shifting tendancy, as being the results of continuous frictions and permeations of a variety of backgrounds and cultural proposals.

So you have that in one hand. On the other one, there is this an extrinsic imperative to reduction, in the name of a so called ‘harmony’. The need to maintain traceable groups, to which you could allocate some specifics and duties : a hieratic systemic organisation. When applied to africanness & blackness it becomes the overall disability (or unwillingness…) to distinguish two cultures and approaches to the world, and the infinite number of self expressions relating to them. Nothing less than a systemic racist habit. And yet a so deeply rooted one, that the lazy amalgame would become the new order… So afro-ness would be intimately determined by its ‘anharmonicity’* ; while the global system in which – and because of which – it sprout out, rests on homogeneity. But following this idea, wouldn’t afro-ness be incompatible to this very type of systemic layout – and not only because of its complex historical hatching, but rather fundamentally ? 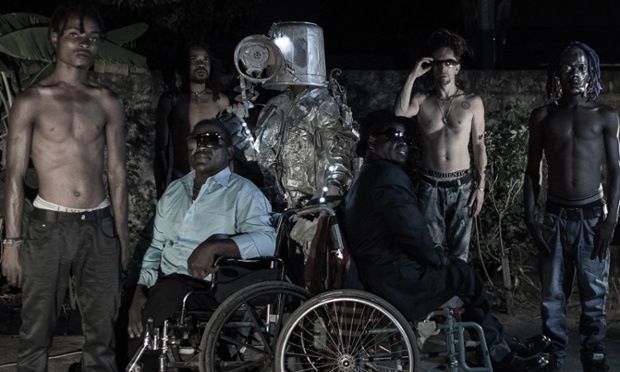 Given such a context, afro-ness could be understood as a permanent re-assessment of the systemic organisation. Not only does it unveil the limits of a linear lecture of the historical streams (as it is a perpetual two-way trip between a fading past and a developing present), but it also deeply undermines any categorizing effort to explain the world (by being an inherently fluctuating data). And yet afro-ness still adapts to this system, lives in / feeds on it. How come ?

Mainly because it overthrows the two concepts of holism and reductionism. Holism states that the “tendency in nature [is] to form wholes that are greater than the sum of the parts through creative evolution” (Jan Smuts). On the opposite, reductionism defends the idea that things could only be explained by the comprehension of their components. But whenever the system seems willing to unify the world by identifying encompassing compartments, afro-ness flaunts its multiplicity. And when the system tryes on the opposite to dissect its parts, afro-ness recalls for being an osmosis phenomenon. Whatever the attempt, afro-ness would slip from the systemic grasp, showing itself as an ambiguity which would achieve its utmost recognition through afro-futurism.

Afrofuturism would firstly be acknowledged because of its relationship to self-empowerment : the one of people of colour, in a country which won’t make room for them in its (past/present) historical narration. It would be a mean of self-praising the black culture. Yet it would deeply relay – more than other black-american currents – on its African lineage, as a ‘guarantee’ of its otherness as regard to the system. This is also one reason why africanness would finally take blackness’s side through afro-ness : thanks to afrofuturism it would glimpse the possibility of a new type of relationship to the world. Although it would still be influenced by the conventional world, it would remain peculiar enough to stand as its – insubordinate – counterpart (if not its long-term challenger…). Its otherness wouldn’t be an impairment anymore, but a distinction.

Like so afrofuturism would become an even greater paradigm : the indisputable proof of scattering expressions and self-defining processes beyond the reach of one systemic organisation*. Afrofuturism would embrace alternative narrations of the world instead of a ‘reference’ one, transfiguring both the world official system and the deriving africanness-vs-blackness lapsed challenge. It would no longer try to organize (past) or illustrate (present) the world, but to perform it (future). In fact, afrofuturism would bridge the world to its very own otherwordlyness. And afro-ness would be its cornerstone, its fundamental endorsement.

Alva Bernadine is a mysterious photographer for some, a fetichist for others… The artist from Grenada broke the feminine figure that we usually see in art and made his way into pop culture. Artists like Azealia Banks copy his work in her video «Yung Rapunxel »

Alva Bernadine : “I am one man subculture”