Following a not-that-unlikely-anymore forecast; the new promises of nanotechnologies and Artificial Intelligence appear to make the threat of Human disappearance bound to happen. This said, the announcements made from transhumanists to Singularity upholder should be more than urgently put through a critical riddle…

Black(s) to the Future : In your book Escape velocity, you denounced the threats of technology on our lifestyles: empowerment versus coercion. Then are there, still today, any chances for mankind to escape the cyborg destiny ? How can black culture in any way contribute at all to the struggle – moreover regarding the industrial burst of the continent – and given the needs of its 1.4 billion people to come ?

Mark Dery : What, exactly, does it mean to be “liberated” from the human condition, and the planet Earth? Doesn’t Afrofuturism, especially in its African embodiment, insistence on the importance of what feminists like Elizabeth Grosz calls “corporeal” politics, a politics rooted in the lived experience of being embodied, and being embodied in a particular body that is the product of specific experiences and circumstances? Without wanting to essentialize Africans into noble savages, I’ll say that I do believe African culture, art, and philosophy have much to teach Eurocentric culture about the politics of the corporeal and the importance of a sense of rootedness in the physical world. (Do I dare to use the word Nature? That seems dangerously close to reducing Africans to tribal ambassadors of Eden, I worry.)

Black people, historically, have been reduced to nothing but bodies, chattel, by slavery, lynching, medical experiments such as the Tuskegee Experiment, and police brutality. So Afrofuturism knows, in its bones, the importance of always asking: what is the cost of ideological myths in human terms? Isn’t this science-fictional fantasy of bailing out of the mess we’ve made of planet Earth and fleeing to some Tomorrowland in the stars just a larger version of what capitalism and colonialism have always done? Extract all the profit they can from a place and a people, then leave them sunk in misery and move on, in search of strange new worlds, seeking out new life and new civilizations—to subjugate and plunder? 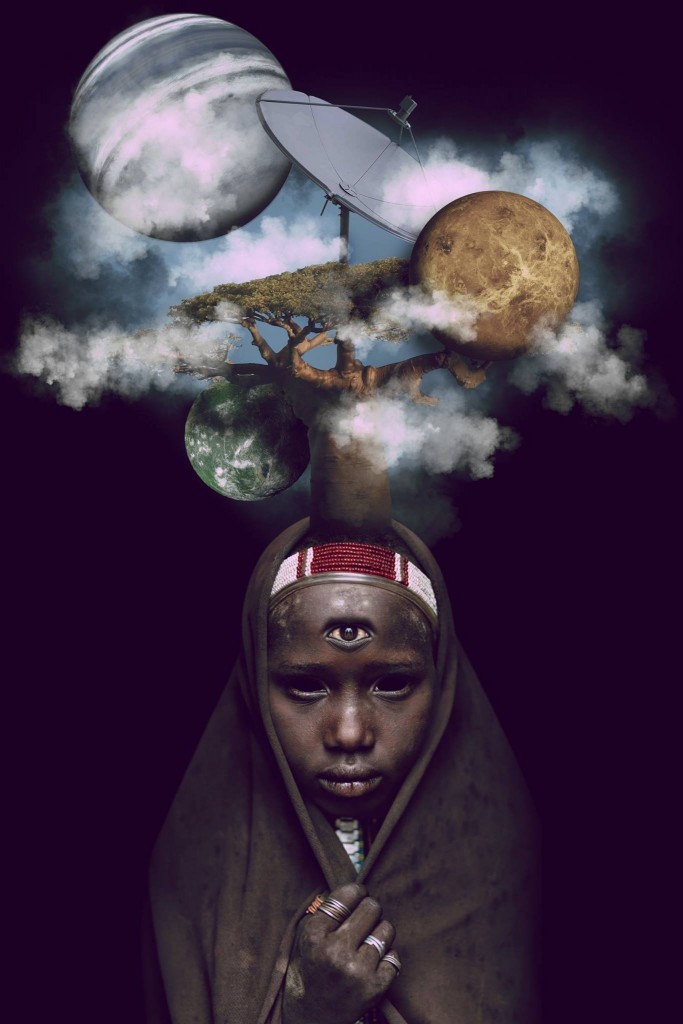 Instead of fantasizing about jumping ship and leaving nothing behind but an irradiated wasteland (the real Desert the Real Morpheus was talking about !), shouldn’t we be bending our minds to the desperate business of throttling back on population explosion, putting the breaks on corporate exploitation, and hacking capitalism so that we close the widening gulf between the deliriously superrich and the rest of us, from the People Formerly Known as the Middle Class to the wretched of the earth? Isn’t that economic injustice part of what’s swelling the ranks of terrorists like ISIS, whose depraved mythology is a siren song to underclasses embittered by decades of immiseration and oppression by U.S.-supported shahs and kings and military dictatorships?

One of the most useful services Afrofuturism performs is pointing out the debt our Visions of Things to Come owe to all that has been. Afrofuturism reboots our historical memory, a radical act in America, a country that prefers to sweep its historical horrors under the rug—radical because a deep knowledge of how the apparently timeless “truths” and incontestable institutions of the present came to be, makes us realize how historically contingent, how culturally provisional they are. The man-made is not the god-given; what society has made can be unmade.

Read the first part of our interview w/ Mark Dery

Read the second part of our interview w/ Mark Dery

Ontogenesis And The Ethics Of Becoming : An Interview With Elizabeth Grosz by Kathryn Yusoff

Why An Intelligence Explosion Is Probable

YZ, about ‘Amazone’ : ‘I searched for the warriors from the past to talk to those from the future’