The poem “Strange Fruit” by Abel Meeropol became a notorious song performed by Billie Holiday in the late 1930s. The gesture and interpretation of the great Lady Day anchored “Strange Fruit” in the history of jazz and music. But beyond that, the black and white notes of the song also find, plastically, a dull or crying resonance, in any case – cruelly – evocative.

A body, frozen in suspension , in a gray decor. A black body, or rather the body of black woman, naked and hanging in the air. The violence is gnawing, dumb and scathing. It is frontal and conjugates the Bill of Rights at a past tense.

The series “Poverty Photography” including the photography Death (2011) disturbs the viewer. The nudity allied to the indirect aggression of the scene of lynching is uncomfortable to the spectator. Jackson stages her own body as an artist and as a black woman, while she breaks down the clichés surrounding these subjects – men, women and children – that she embodies again, in a new temporality. And if the murders of African-American citizens committed by police officers (1) prove to be sad links with these historical stigma inflicted on the black body, these situations of direct or indirect violence, seen under a female prism becomes all the more subversive. Because the American artist wondered: what look did the lookers give on these images at the time? Were they aware of the pornographic nature of this staging of distress, of poverty, destitution?

The American artist Ayana V. Jackson revisits and re-questions history through the prisms of racism and of machismo. On the basis of actual images and archives, she developed a timeless fiction which dismantles in an aesthetic and symbolic way the binary character of the “Black and White”. Jackson uses the photographs as tools. She offers new conceptual narratives, without a date or a mark in universal history, placing her body at the center of her thought, between fantasies, imaginary worlds and mise en abyme.

During a residence in Rio de Janeiro, Sasha Huber was marked by the presentation of pineapples, suspended by metal links to the fruit displays through the city. The pineapple represent an exotic fantasy that has enabled her to symbolize the black body, beaten to death, that is depicted in the Poem by Abel Meeropol.

In 2011, animated by her inspiration of Brazil, Sasha Huber reinterprets these images to a different scale and freezes several clusters of pineapples within the old factory of cotton, Finlayson, in Tampere, Finland, for the Annikki Poetry Festival. It is a subtle way of handling these historical benchmarks and of proposing a semi-fictional conceptual narration, which is anchored in a universal contemporaneity. 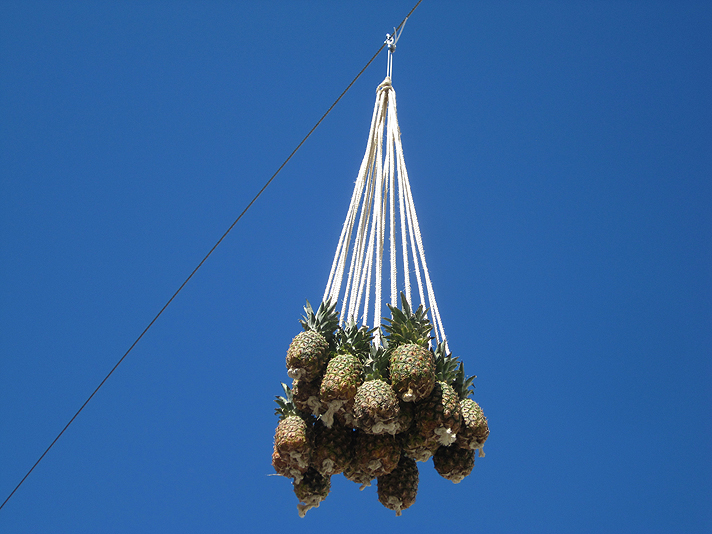 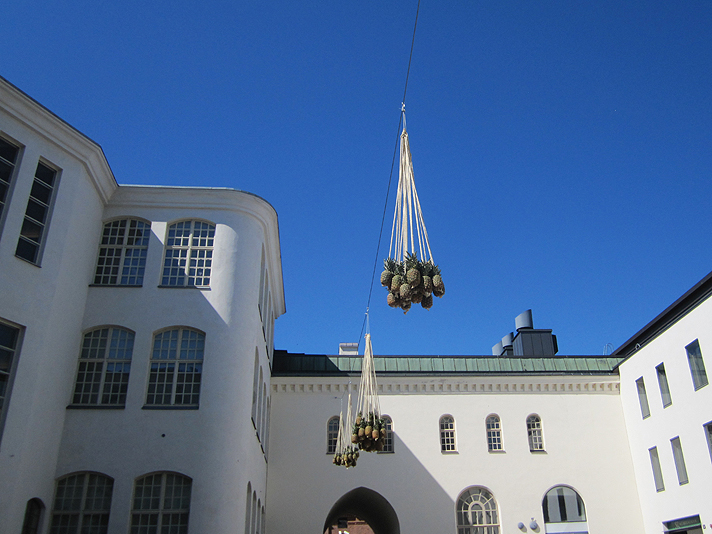 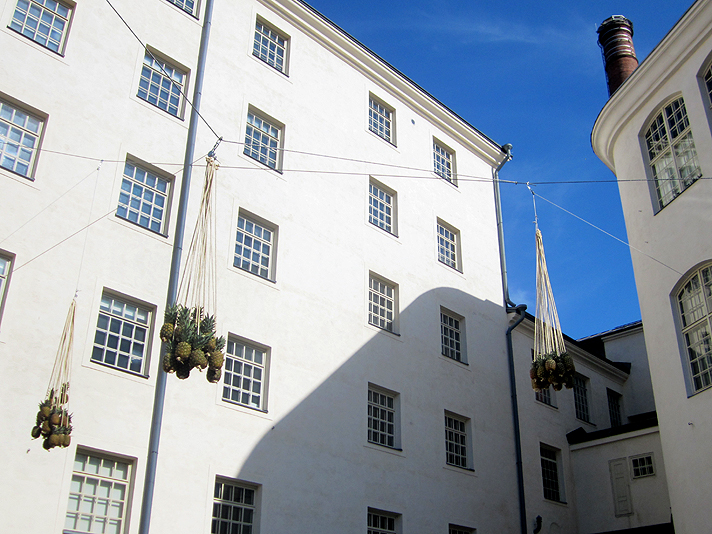 In 2009, Sasha Huber was already making “Strange Fruit bowl”, that is plastically transposing the famous poem. The tranquillity proper to a still life dissociates in an abstract manner from a tenuous rage. The bowl is made of fire burned wood and is covered with metal staples – an artistic practice that the artist used for her series “shooting”. And the ropes which have visibly been used, are placed in such a way as to form balls, mimicking fruits. As for the marks witnessing a past violence on those ropes, they go with to the dull noise of the pain afflicted by the metal clips. 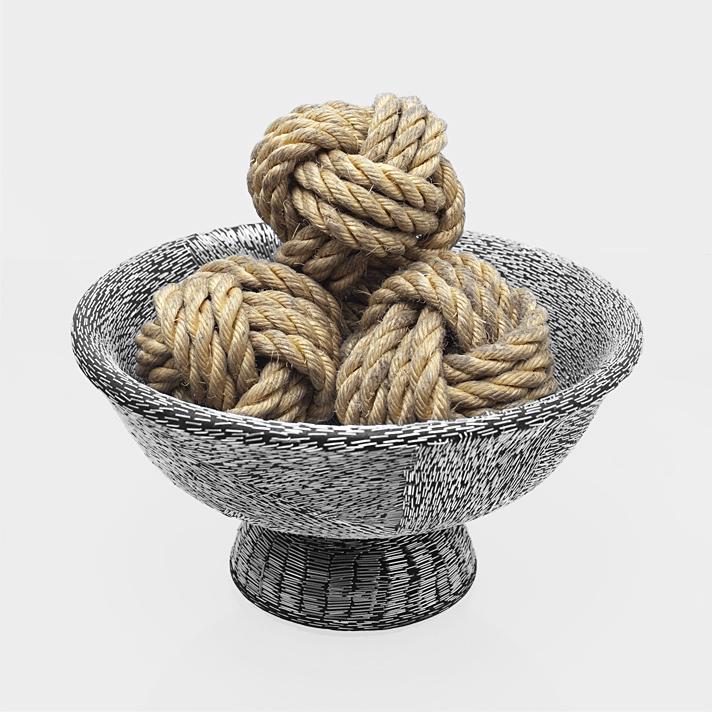 Metaphors of historical evils of the American society, namely racism and the lynching of black persons, “Strange Fruit bowl” and “Strange Fruit Installation” by Sasha Huber, plastically reflect the famous song interpreted by Billie Holiday, before making a direct reference to a pan of the dark history, to an absent black body and a disastrous aggressiveness.

The utopia of the black body

The power of the works of Ayana V. Jackson and Sasha Huber lies in the way that they propose new correlations in the space-time continuum, and between different geographical areas. They thus induce the possible illusory nature of history and subtly break with the latter. Their works are heterotopic and make account of facts that are at times historical, present, timeless.

Sasha Huber was born in 1975, in Zurich, Switzerland. She lives and works in Helsinki (Finland). Memory and colonial history are at the center of her artistic approach, as well as her dual Haitian culture.

Virginie Ehonian
Found on visual arts and contemporary creation, particularly on the African continent... Virginie runs the blog "african links". First working with André Magnin, she became head of mission in the studio of the multidisciplinary artist Barthélémy Toguo. She lately started curating at Raw Material Company in Dakar before joining the team of 1:54 the first international contemporary African art fair, launched by Touria El Glaoui, for its two first editions in London. Between Art, History and Cooperation, her researches and interests revolve around the concept of African identity in contemporary art, the status of the African artist and the perception of black women in the French society.
All the team

The Empire series, which has been surfing the FOX in the US this winter – and everything reversed on its way, it’s little to say! – is a blatant example of how western folk culture is enamored of certain aspects of Afro-American culture, rejecting codes that it reappropriates itself elsewhere. While ostentation has become a full-fledged claim, how to interpret this denial?