Stories and lessons to the world from an exemplary queer blackness

The next idea is that today, sci-fi and other fantasy genres have ceased to be a counter culture, losing their alternative and subversive features. Meanwhile, significantly bringing the future closer, the idea of ecological sustainability, poses an urgency to change the present, here, right now. Also, spread of knowledge and practices plus the explosion of styles and references have widened if not modified the very concept of margin (from dematerialized spaces to virtual communities, and so forth). 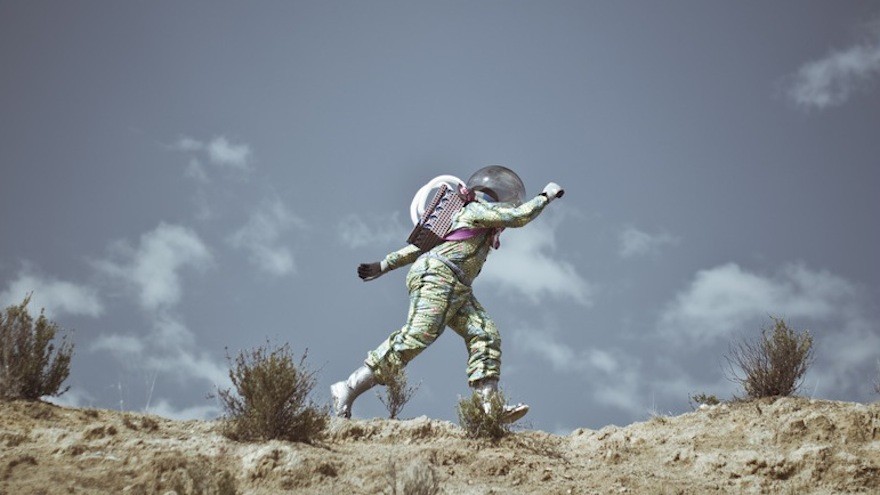 Thus, more than ever, proposing a futuristic vision of the world isn’t about daydreaming a fanciful, year-to-come projection. It’s become a matter of critically thinking long-term developments, debates and efforts to create wider inclusive politics, on a global scale, beyond genders, races, species.

In his essay “Afrofuturism & the « becoming-negro » of the World”, Achille Mbembe wrote : « [Afrofuturism] states that the very idea of human species is defeated by the experience of the negro, forced through the Slave Trade notably, to assume the attributes of a thing and share the fate of an object. Today, the “background negro” – which updates the “surface negro” without necessarily having a black skin – corresponds to a kind of subordinated humanity which the Capital hardly needs and that seems to be doomed to zoning and expulsion. »

Later, in his book ‘The Politics of Hatred’, he would write that « the Negroes history isn’t a separate story. It is an integral part of the world history. […] there is no past of the world (or of a region of the world) that could escape from answering for the past of Negroes the same way there is no Negroes history that wouldn’t report on the whole world history ». Then, wouldn’t it go the same way for our Negros & the world’s future? Isn’t it what Mark Dery meant in an interview he granted us for blackstothefuture.com : « One of the most useful services Afrofuturism performs is pointing out the debt our Visions of Things to Come owe to all that has been. » 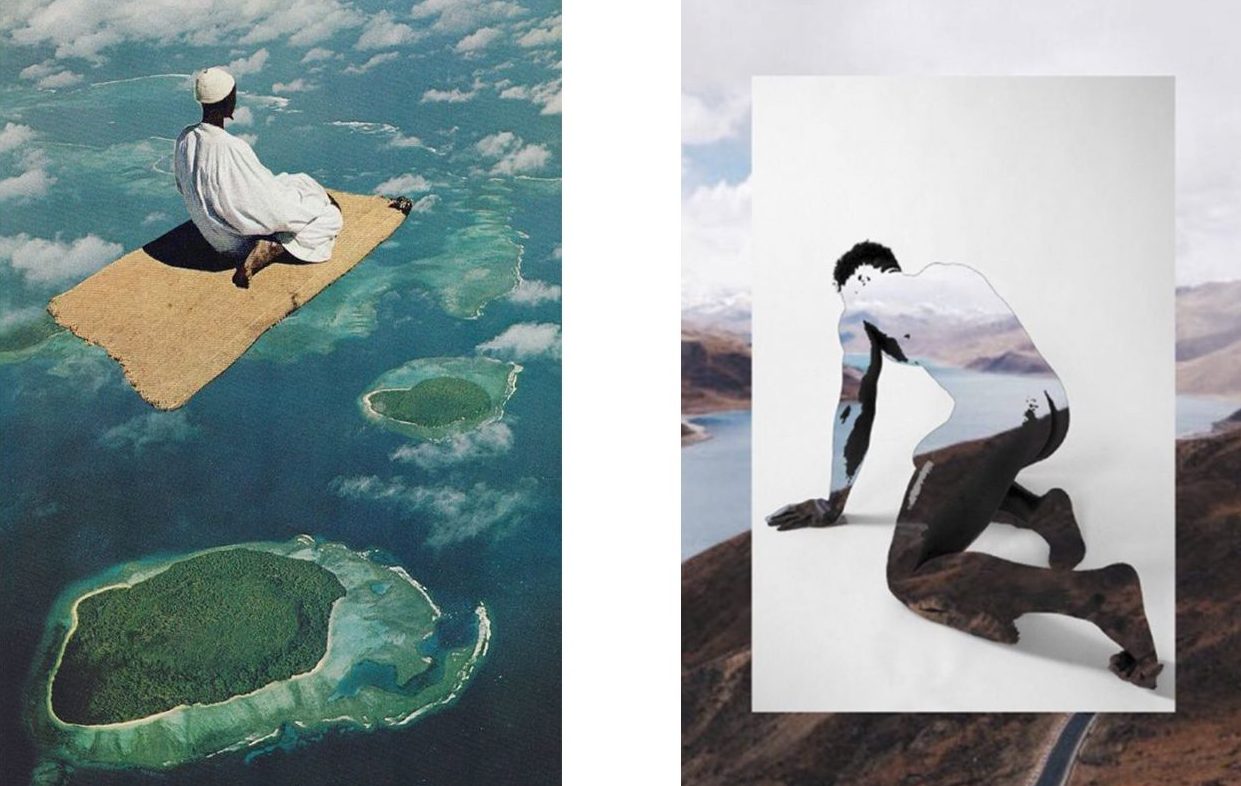 Afrofuturism stands as a « phenomenology of alterity », a trans-path across the world. And like so, sparks of it could be seen every time marginalized people or collectives – blacks, women, queers, handicapped, minorities… – hack historical portraitures, archive footages and stories as well as contemporary techs and tools, in order to invent an always more inclusive world. And whether they may not call themselves afrofuturists, how not to consider as family, so many explorers of the future, providing tools and concrete ideas to heal and better our existences ? And to quote a few, I’m thinking of fashion & design (Louis-Philippe de Gagoue, Laurence Airline…) ; literature & essay (Oulimata Gueye, Peggy Pierrot, Leopold Lambert…), visual, audiovisual and digital arts (Eden du Paradis, Josèfa Ntjam, Tarek Lakhrissi, Julien Creuzet, Kengné Teguia…), and social or techs initiatives (BRCK – Kenya, Woelab – Togo…) ; They don’t try to « seize » the world, they perform it.

Sacrality of afrofuturism, for a concept out of time

Let’s take a detour… In the same times afrofuturism was emerging in the US, another form of empowerment tool would arise from Europe to Africa, or even more precisely among the former French colonies : the Negritude. Neither working as a uniform current ; between literature, politics and psychiatry ; Senghor, Glissant, Césaire, Damas, Desportes and Fanon, to quote the main, would assert « that [their] Negro heritage was worthy of respect, and that this heritage was not relegated to the past [but] could still make an important contribution to the world. » (extract from an Interview with Aime Cesaire conducted by Haitian poet and political activist Rene Depestre at the International Cultural Congress in Havana, Cuba, 1967). Seeking to present a more genuine humanism, that « affirms the solidarity between the black people of the Diaspora  […] with the African world » as would say Césaire in a 1969 interview, they would nevertheless welcome, here following Senghor’s own term “cultural borrowing”. And Glissant’s vision would be of the ‘creolization’ of an ‘All-World’… 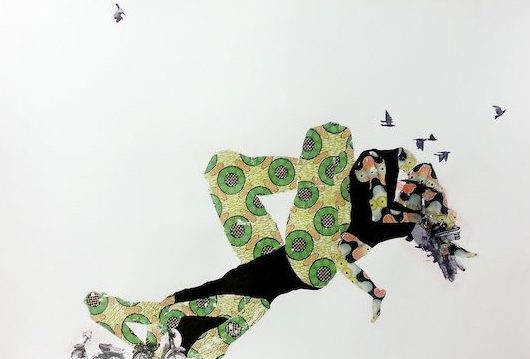 Ruby Onyinyechi Amanze, Just being there with you is like flying, 2014.

So besides afrofuturism, there would be the Negritude, but also the Harlem Renaissance, the Garveyism, El Negrismo… And as, in the context of the ‘Tomorrow is the Question’ symposium, Kaiama L. Glover would induce : « Like Fanon and Glissant and others, [Alexander G. Weheliye] rightly understands and foregrounds the relational nature of our being-in-common – our imperative to acknowledge the various iterations of our (social) difference and the ethical practice of being decent to one another in the face of this diversity. To me, that’s what an Afro-futurist humanism looks like. »

However, although all these mouvements would strive to reveal, mend and enhance the life of black people within a more comprehensive world ; afrofuturism, to my opinion, would propose something more. Because it would support the utmost alterity, it wouldn’t be limited to any regional, temporal, stylistic or religious border. Take the word « sò », found in multiple dialects of Benin (West Africa) and which means both yesterday and tomorrow, leading the idea of the present tense being the one of a never-ending tuneup : there is already an idea of afrofuturism. As Rasheedah Phillips said in a interview for Gonzo Circus : « Many of us were Afrofuturists long before it had a name. Whether you call it mythology, ghost stories, cosmology, parable, folktale, sci-fi, religious tale, or fantasy, people of color have always contemplated their origins in the same breath that they anticipated the fate of humankind. » 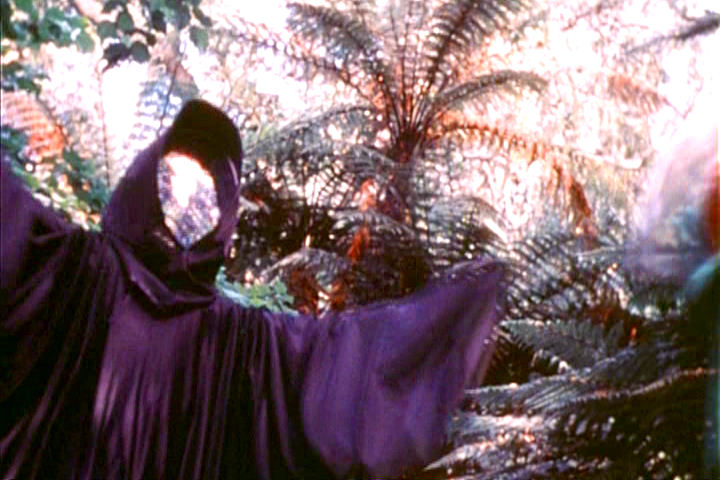 Afrofuturism stands somewhere between performativity and faith : it is both a praxis & a magical formula, a meme and an egregore. Thus, afrofuturism expands any static definition. As Ashley Clark would say through Media Diversified : « […] afrofuturism’s nebulous nature is one of its strengths. It’s not something that can be co-opted at the moment. » Rather, it is the intuition of life being an enchanted journey and its purpose is precisely to re-activate the spell, apart from any sort of coercion.

Another quote from Rasheedah Philips

(to blacksci-fi.com) : « I  believe that Afrofuturism will always be here because I see the concepts and phenomenon inherent to Afrofuturism as continuing to evolve from being a lens or critical theory, and into a culture, a lifestyle, a spiritual practice, a tool for liberation, a benevolent institution, and all-encompassing in its scope so that it can touch on all aspects of the Black existence through all modes and mediums of expression. […] We stand at a critical moment in this thing called history where we can freeze the moment and recognize our abilities to manipulate the collective timeline for positive change. Creating the future, defining the meaning of the future, and our existence in it, I believe, is the power of Afrofuturism. And so Afrofuturism and the concepts connected to it, must always be here, if we are to be here. And I believe we will be. »

Achille Mbembe, “Afrofuturism and the becoming-Negro of the world” (in French)

Philippi is the name of a township of Cape Town (South Africa), but it is also the origin of Philippi Music Project, a social innovation and musical project launched in 2014 by Sibusiso Nyamakazi and Baptiste Guillemet.