Mukhtara Yusuf is a cultural activist of Nigerian Yoruba origin who explores identity making in a post-colonial context through Afrofuturist art. Her media of choice include printwork and collage, but she is especially committed to fashion and jewelry design. To her, dress articulates the unfinished business of self-making as a “3rd culture kid” of the diaspora.

In her blog she writes: “What is to be discovered within clothing, fashion, and dress cultures is a revealing metaphor on social interactions of present-day and historic past.”

Omo Yoruba is a song Mukhtara’s mother, Sola Yussuf, composed for her own mother.

Mukhtara Yusuf is an apologist of the unharmonious, the dissonant, and the disproportioned, claiming to pursue a “jarring aesthetic” inspired by African spiritualism (Funambulist Magazine 2015). This aesthetic paradigm inspires the jewelry collection Darkwater (2012) and the more recent Ọkan Àbíkú (2015) clothing piece, part of a larger collection she is working now, both realized with discarded everyday objects, like wires and pins. When assembled, these objects produce dismorphic wholes that induce a short circuit of beauty, taste, and functionalism. Is this good design? The works invite this question and others. How are we supposed to wear items with sharp and prickly edges that come in weird sizes and shapes? Shall we actually just look at and muse over them? 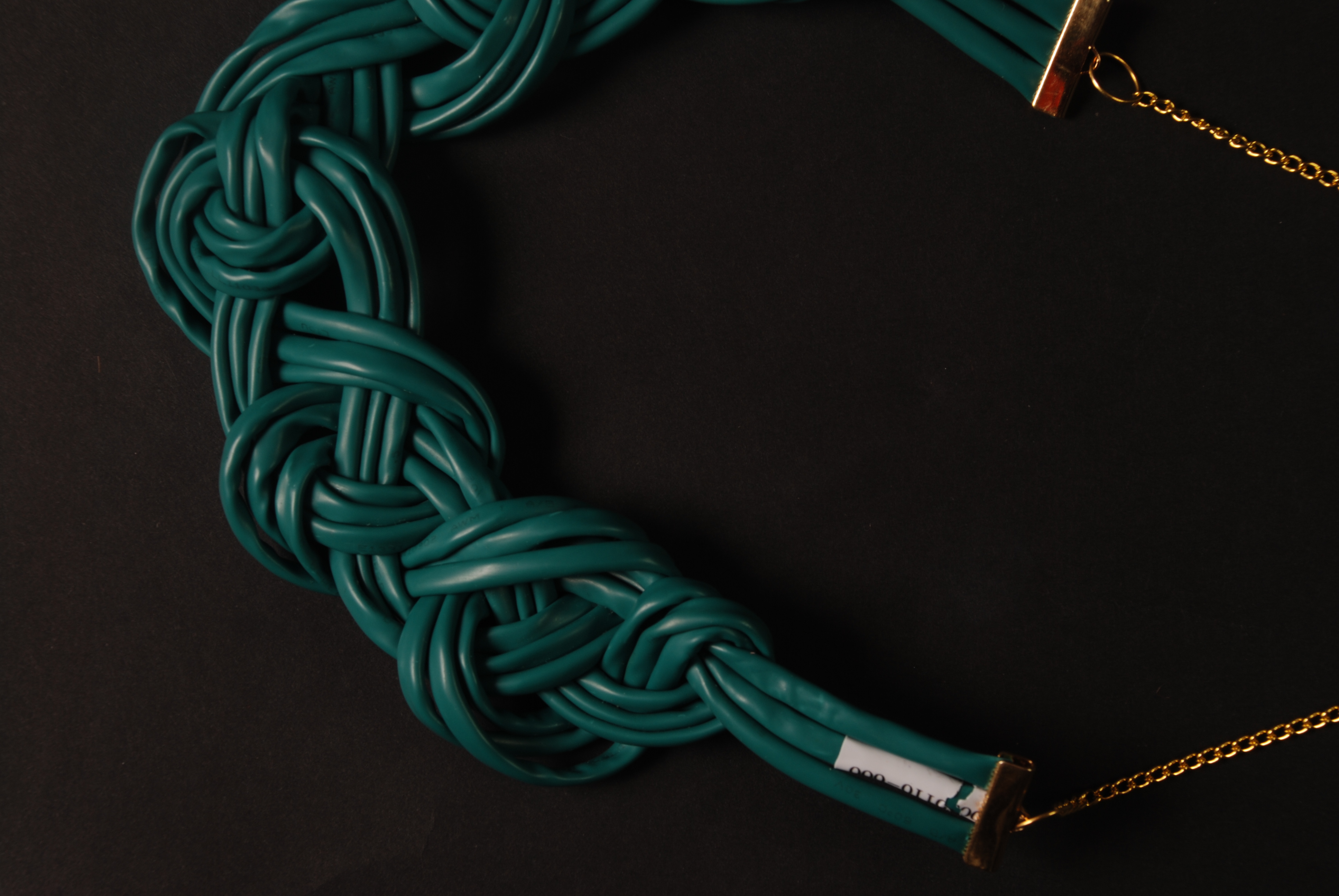 Forcing an engagement with the uncomfortable and the unanswered is exactly what Yusuf’s art is about. The recycling ethos behind Darkwater and Ọkan Àbíkú is a commentary on consumption and the shifting essence of value. As she repurposes trash into luxury, Yusuf embeds a concern with social justice into her designs, juxtaposing the human and the living to the consumable and disposable. She shows that objects are ambiguous emissaries of regeneration/rebirth, the ambassadors of an Afrofuturist justice that looks backward to propel blacks into a more inclusive future. “Reuse presents an important theme in black futurist work as a response to cultural erasure. Memory is often used in black futurism to insist that old wounds are still relevant in the present and to contend for their inclusion in any vision of the future” (Funambulist Magazine 2015).

Yusuf hopes to extend this second life of objects to the non-Western aesthetic that inspires her fashion designs. Collapsing the personal and the collective, the forgotten and the mainstream, the speakable and the unspeakable, Yusuf crafts a history in the making. Her works rewire the future according to an ontogenesis of rebound and relapse, mixing the life cycle of inanimate and animate elements on the plane of a non-linear temporality. In our email exchange, the artist states: “My work in afrofuturist design and visual art really circles around the belief that indigenous philosophy can help us gain a deeper understanding of, and more healing for, the many issues that my identities have brought up for me. For me afrofuturism and African futurism is my way of claiming outright that indigeneity is the future. The many things we envision as futuristic and as the frontier, – time travel, teleportation, have existed in many African philosophies for centuries. I focus on bringing this out in my work as a way to disrupt the colonialist notion of time where African indigeneity is primitive and backwards.”

At the same time, however, Yusuf’s unwearable objects are also gatekeepers that guard the artist’s access to the neocapitalist circuit and to professional success. Lacking symmetry and proportion, and pursuing an idea of beauty that is antithetical to Western values, the designs are by default alien to an art system that depends on the othering of indigenous aesthetics to sustain itself. The artist who dwells on this other side is herself disposable; her identification with the excess that silently informs the global (read Western) art system is an open acknowledgement of existing power relations and our ability to assign worth, and therefore an existence, not only to objects but to human beings and whole cultures.

To carry (or refuse to carry) Yusuf’s designs on one’s body is therefore to come into contact with uneasiness and dispossession, to be forced to acknowledge that privilege lies on the sunny side of a coin made of denial and disposability. Yusuf participates to the Afrofuturist exploration of black survival with works that focus on the visible and invisible borders that map out black living. Her artistic canon questions shifting forms of inclusion and exclusion and how they influence Yoruba subjectivation on the continent and across the Atlantic. Her designs are part of a practice of black speculative technology that looks backward and forward and that we hope will continue to branch out into the unexplored heart of art.