While Sun Ra’s plethoric works of art stands among the best jazz pieces of the past century, ‘so fresh, so clean’ Janelle Monae is riding high. However, major features bring them two together : liberation, science-fiction, ambition – a holy trinity that may define their relationship.

No afrofuturism in motion… without science-fiction

First off, how do they connect with the movement ? What is an afrofuturist ? A he or she refered to as able to represent Afrodescendants and their political future, at least in the United States, through technological and prospective fantasies ? In this case, both of them exist in a realm tearing themselves from the common reality experienced by their counterparts. 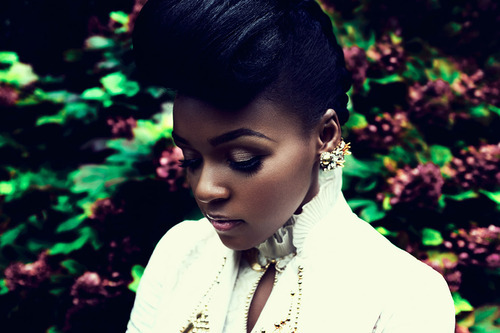 Born in a black working-class household, Janelle Robinson from Kansas City has always been fascinated by German expressionnist Fritz Lang’s Metropolis, a masterpiece she used to watch every single night when she was a child. Since The Audition, the first mixtape she released that remained quite unknown, the movie is a keystone to Janelle Monae’s character, drifting from cinematic expressionism to pictoral impressionnism in no time at all : “My name is Monae, like Claude Monet. He replaced the ‘ae’ in ‘et’, as in ‘extra-terrestrial’.”

Cindi Mayweather’s journey is indeed amazingly realistic : the prophetic fantasy of a post-apocalyptical future filled with symbols. As an archandroid and ‘electric lady’, she makes quite an impression : “I dreamed of a world where there were more aliens and androids than humans. I could control people, telling them life-changing stories. -— Did your imagination help you escape from reality ? — No, this was mighty real.”

Forty years earlier, that same reality was jeopardized in Space Is The Place (1974), the full-length feature film inspired by The Black Man in The Cosmos, a lecture given by Sun Ra at the University of Berkeley, California. In it, Sun Ra’s cosmic character in the movie speaks to the skeptical Afro-American youth — who he destined to a better life on a utopian planet — with much extravaganza : “I’m not real. I’m just like you. You don’t exist in this society. If you did, your people wouldn’t be seeking equal rights. You’re not real. If you were, you’d have some status among the nations of the world. So we’re both myths. I do not come to you as a reality; I come to you as the myth, because that’s what black people are. Myths. I came from a dream that the black man dreamed a long time ago. I’m actually a presence sent to you by your ancestors.

Thorough and thoughtful piece of metatheater : where stands the border between reality and fantasy ? Is this science-fiction scenery or a harsh critique of the time when the movie was shot ? For decades, Sun Ra has played with the ambiguity of his public figure, swinging from interstellar statements to much more radical stances aiming at liberating the Afro-American community from the yoke of segregation. “Sun Ra, you’re a man who has made hundreds of records and travelled the planet… — I’m not a man ; I’m an angel.”

The bottom line of their paths : yearning for reappropriation

History might remember an underrated illusionnist at times, often a genius, more than just another black American artist violently thrown back to his status by a profoundly-segregating America in the awe of the 20th century. Herman Poole Blount was born on May 22nd, 1914 in Birmingham, Alabama, only to become in 1952 Le Sony’r Ra — turning down the name that was forced on him, reminding him of a slavery legacy endured by his ancestors — a self-taught revolutionary jazzman in his approach who managed to keep bebop, ragtime and other experimental tunes reachable (he recorded more than 180 studio albums in his lifetime). According to Laurent Bardaine, co-founder of French electro band Poni Hoax, in an interview with Tsugi magazine in July 2014 : “His music is very positive, while their [saxophonists Albert Ayler, John Coltrane and Pharoah Sanders] music is filled with suffering cries. He used to play the Batman theme song right in the middle of his gigs ! Few dared to mix jazz with other components of party and madness.”

Thanks to his alien nature, Sun Ra distanced himself from his own condition while remaining very close to the questions revolving around the future of Afro-Americans : his aim was to reinvent oneself only in a radical way. In his art, he kept the best of what had already been created, bringing back the historical truth that Greek philosophy — as well as the founding principles of the Western culture — resulted from ancient Egypt; thus turning the continuously scorned suffering of black people all over the world into an unquenchable well of inspiration.

Following his example, Janelle Monae walks in the steps of soul and R&B major personalities, reinventing the impact this music had on people. Analogies go well : told to be influenced by Jimi Hendrix and Stevie Wonder, she surrounds herself with the likes of Prince, Erykah Badu, Esperanza Spalding on her last album, and allows herself the luxury of being featured with intriguing Solange Knowles to round everything off : “I wanted to make sure that I was creating a very diverse album that was deeply rooted in R&B music.” 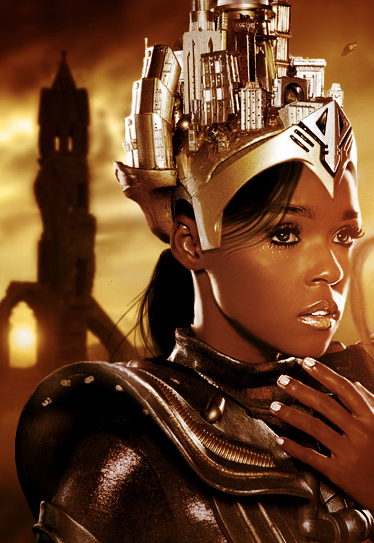 She did indeed : with her two previous albums, Janelle Monae achieves to match the stark reality of Afro-American women in the 21st century with fugitive Cindi Mayweather’s, ID 57821 android, always in danger. “I’m a woman, I’m African-American, I’m part android. I have to make sure I’m speaking for the underdog.”

Read What Would the Electric Lady Think ?, published on the New York Times in September 2013

With the Wondaland Arts Society, the label she initiated, Janelle Monae becomes more and more involved. Especially these last few months, when a rebellious wave shook the United States, and more so the Afro-American community overwhelmed by the loss of its sacrificed members caused by a legal system getting more and more racist. Promoting talents such as Jidenna, Deep Cotton, St Beauty and Roman Gianarthur starts with becoming instantly and unconditionally aware that it’s high time to change the system. Because music and politics are one, deep down, in this prophetic future she’s trying to get us used to for years now.

Sun Ra used to serve legendary level of requirement but justified with its Arkestra — whose name and composition changed as soon as the music in the making — as explained by Pierre Deruisseau in a piece published on Slate in August 2014 : “With his music, Sun Ra said he could produce a beauty shield that protected the planet from forces that would come destroy mankind and everything living, if the sounds emitted by said planet did not change. Sun Ra declared that musical productions lacked spirit, because they were perverted by industry and trade. He had to bring something else, so much. He dedicated all his life to this task, staying awake quite every night to success.” 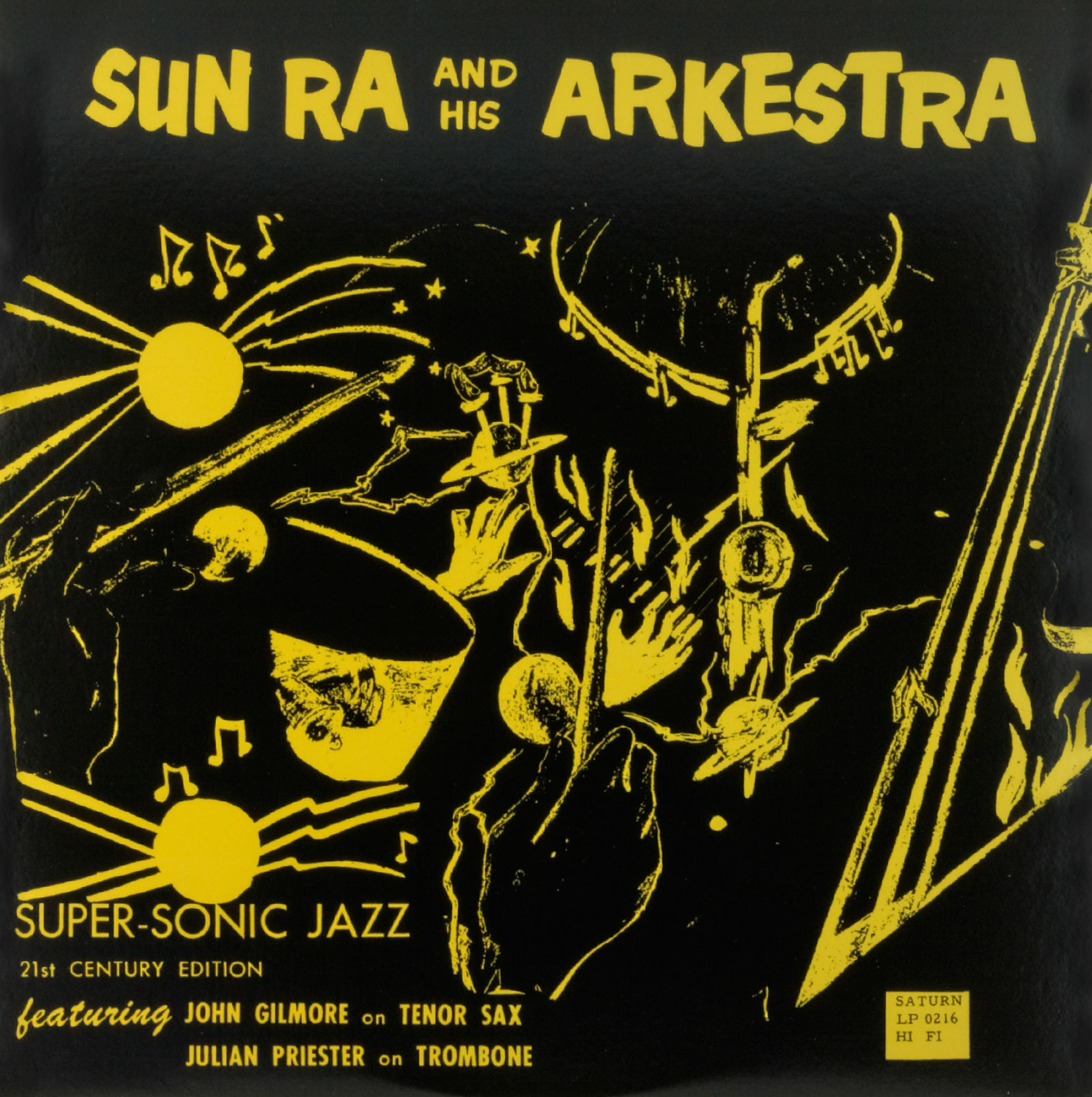 Proven perfectionist, he thought his musicians as ‘tone scientists’, waking them in the middle of the night to get them work 12 hours in a row. Sun Ra kept working with a big band, because this was the only musical structure where Black people were tolerated in the 1930s. He invented names and universes : ‘The Solar Myth Arkestra’, ‘His Cosmo Discipline Arkestra’, ‘Blue Universe Arkestra’, ‘Myth Science Arkestra’, ‘The Jet Set Omniverse Arkestra’… and so on.

For the centenary of his birth in 2014, the Arkestra went on a umpteenth world tour directed by multi-instrumentalist Marshall Allen, 91, who worked with Le Sun Râ for 60 years – and took over his legacy 23 years ago. A thoughtful wink to the discreete derivation happening since the 1990s with the likes of Drexciya, Flying Lotus, Shabazz Palaces, Outkast and Erykah Badu, successful artists embracing afrofuturistic aesthetics also capable of being constantly in motion. But isn’t that the main sign of an afroprospective world ? QED.

Janelle Monae, A New Pioneer Of Afrofuturism – The Quietus

George Clinton, Sun Ra And The Sci-Fi Funk Of Afrofuturism – The Artery

« All I really remember is the pain, the unspeakable pain […]. Yes, it does indeed mean something ― something unspeakable ― to be born, in a white country, an Anglo-Teutonic, antisexual country, black. You very soon, without knowing it, give up all hope of communion. Black people, mainly, look down or look up but do not look at each other, not at you, and white people, mainly, look away. And the universe is simply a sounding drum ; there is no way whatever, so it seemed then and has sometimes seemed since, to get through a life, to love your wife and children, or your friends, or your mother and father, or to be loved. »

On love and violence