The Black lives Matters movement, term used for the first time in 2013, is an activist movement developped, on the other side of the Atlantic ocean, as a reslut of polician’s violence and blunders among the afro-american community. “Black lives matter” is the motto of the mobilisation, wich is presented not only in the United States or in Canada but also in Africa, especially in Ghana.

Elevated as a “model” cause, it is naturally that the communities among the most minor and the most abused put a name on their claims.And so the Black Trans Live Movement was born. Numbers are eloquent. In January 2015, no less than four transgender black women were attacked, as they dared to assert themselves as such, and for the four of them, death won. 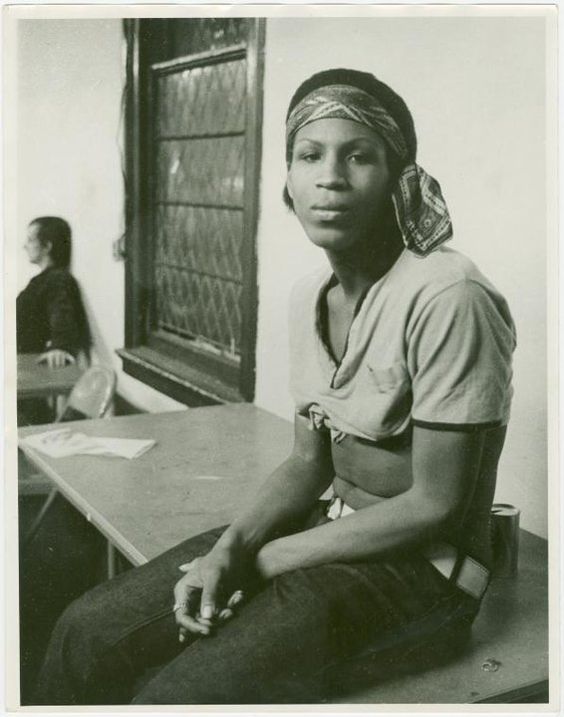 Marsha P. Johnson (1945-1992), homosexual drag-queen and sex worker, was a pioneer in the queer struggle in the US.

Transgenders and transexuals aren’t to be mistaken. Transgenders reject totally or partially their “native” sexual identity, without necessarly going through  an operation. On the contrary, transexuals surgecally change their identity. In the end, both are ostracised. Besides, the american website advocate, that claim to be the voice of the gay and trans community, explains that the word “intersectionality” was created by Kimberlé Crenshaw, a law teacher of the California University of Los Angeles in  1989. This word is used in sociology and in politics science to describe a situation in which people concurrently suffer from diffrent forms of societal domination.

It is just a way of showing how multiple identities – whether sexual, gendered, racial, or class – interfere with each other every day, in an stubborn struggle for justice. The website also gives the floor to Master ; one of the participant of the round-table meeting, “beeing queer/trans and black nowadays”, and who describe it as a “wonderful exemple of structure for an inter-segment approach. Placing the experience of women and trans at the center of our concerns has always been a major objective of Black Lives Matter, and our main challenge strategy relies on using an intersectional approach”.

Laverne Cox, as a media icon

This is Netflix’s daring bet, the platform that propose movies and series in a coutinuous flow on the Internet. In the tvshow “Orange is the new black” Laverne Cox, transexual in life, plays the part of Sophia Burset, one of Lichfiel’s inmates. Cat among the pigeons in the world of popular entertainment, it is the starting point of a quick media ascent and an obvious exposure of the black transgender community.

In our ultraconnected world, social medias played a major role in the consideration of the, maybe late, notoriety of this community. For her part, Laverne Cox launched the hashtag #transisbeautiful and breathed a truly renewal in the afro-queer minority representativity issue. On june 9th 2014, a little revolution was born: Laverne Cox appeared on the “Time”’s cover. The tittle? : “the transgender tipping point: the America’s next civil right frontier”. Right after, the actress was nominated to the Emmy’s Awards. Not too bad! 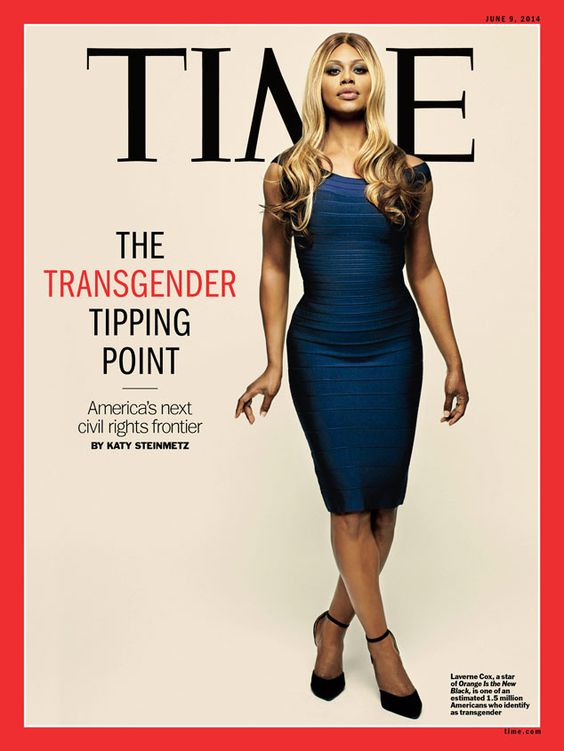 Laverne Cox, heroine of the series “Orange is the New Black” on the front page of the Time Magazine in june 2014.

Moreover, it could be necessary to mention other actors who actively participate in the recognition of the black trans live movement by the general public, as for instance:

Let not cry victory though. Even if in august 2015, the White House employed Raffi Freedman-Gurspan, a black transexual woman, as the Outreach and Recruitment Director for Presidential Personnel, a killer wave is still falling down on transexual women, especially in the US. Transexual are still victim of discrimination. For instance, Andraya Williams, a young American transsexual student, was excluded from her school campus by a security officer for using the ladies room.

Transexuals and transgenders have still too often to justify themselves, or have to hide or suffer from constant humiliation. Yet, as anyone else, their lifes matter and more than ever, Black Trans Live Movement’s claims have to be heard. 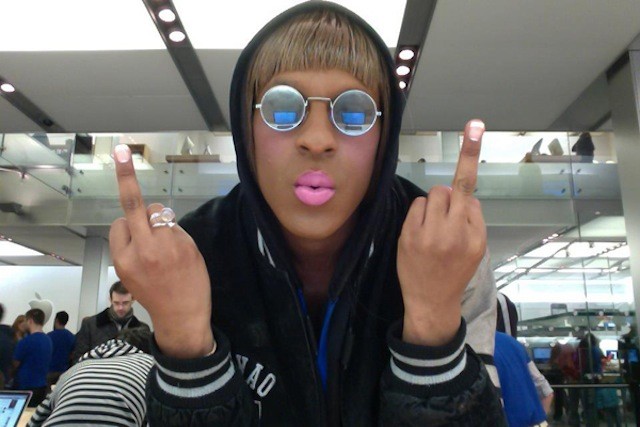 Mykki Blanco, is a trans & multi-gender poet and rapper who fights for LGBT rights, in a hip-hop world still too trans-phobic.

Portrait series made by the South-African artist Zanele Muholi, a LGBT activist more especially focusing on lesbians conditions in Africa.

Afrofuturism is said to be an art and litterature movement. But is it way more : it is a paradigm, an ‘alter’ representation of the world. Not only does it challenge one of the founding principles of our modern societies organization – time -, but it also puts in doubts the very essence of what we are ‘per se’ – human beings.

Of the appropriation of space in shifting Africa