The Empire series, which has been surfing the FOX in the US this winter – and everything reversed on its way, it’s little to say! – is a blatant example of how western folk culture is enamored of certain aspects of Afro-American culture, rejecting codes that it reappropriates itself elsewhere. While ostentation has become a full-fledged claim, how to interpret this denial?

This is today’s MUST watch: The first season of Empire was acclaimed by BET and at the Billboard Awards, thanks to its renewal in American TV shows dramatic narration. Pure product of Lee Daniels and Danny Strong after their collaboration on the excellent The Butler, the show poses the eternal question of the Representativeness of African American culture, which is at times appreciated and abused. Of the ambivalence of “SWAG”

An inspired contributor on the Urban Dictionary gives a daring definition of the term, if not ostensibly vindictive:

“The most used word in the whole fucking universe. Douche bags use it, your kids use it, your mailman uses it, and your fucking dog uses it. If you got swag, you generally wear those shitty hats side way, and your ass hanging out like a fucking goof cause your pants are half way down your white ass legs. To break down the word, it means (Secretly We Are Gay). It is also a word that means to represent yourself/ the way you represent yourself, baggy clothes, shitty hats, small penis and basically a way to say you’re afraid to come out of the closet.”

The accuracy of this definition, as questionable as it is on some account, and even beyond what it implies for the inherent homophobia in the sphere of hip-hop, resides in the permanent opposition between the rejection of these misunderstood codes and the irrepressible desire to follow them, “like everyone does”.

How can we explain that our generation is so swift to laugh at the show-off character of some contemporary hip-hop icons while they wouldn’t miss the new pair of sneakers or the new Beats headset? This is a fight which regularly happens in front of our eyes and that is brilliantly illustrated here: the misunderstanding and the ignorance of these codes create the rejection of something which, because it is unknown and fetched, seems stupid but remains, despite everything, worthy of attention, and even copied.

Yet, underground claims come from this profligacy, in the spirit of the 70’s “Say it loud, I’m black and I’m proud”. The Afro (and hip-hop) identity is a claim in itself, a claim that is being diluted in the clumsy and distorted appropriation of a whole generation of hipsters who are not aware of the symbolic of these codes that reveal the original iconoclastic Movement.

Is Empire an afrofuturist show?

Empire is the first series to witness a steady increase of audience for the first 5 episodes. It enjoys a surprising and well-deserved success. It answers to all the classics elements of drama series made in Hollywood, and is as mainstream as hip-hop now, and at what price! The history of an economic and family empire, the race after power, the difficulties that each and everyone have faced and still face, are all universal elements. Empire is an intimate vision of the issues of the hip-hop culture, even if we have to admit the melodrama is sometimes a little overacted. Even so, the intelligence of this series is undeniable: look at how it works on the transformation of western popular culture. 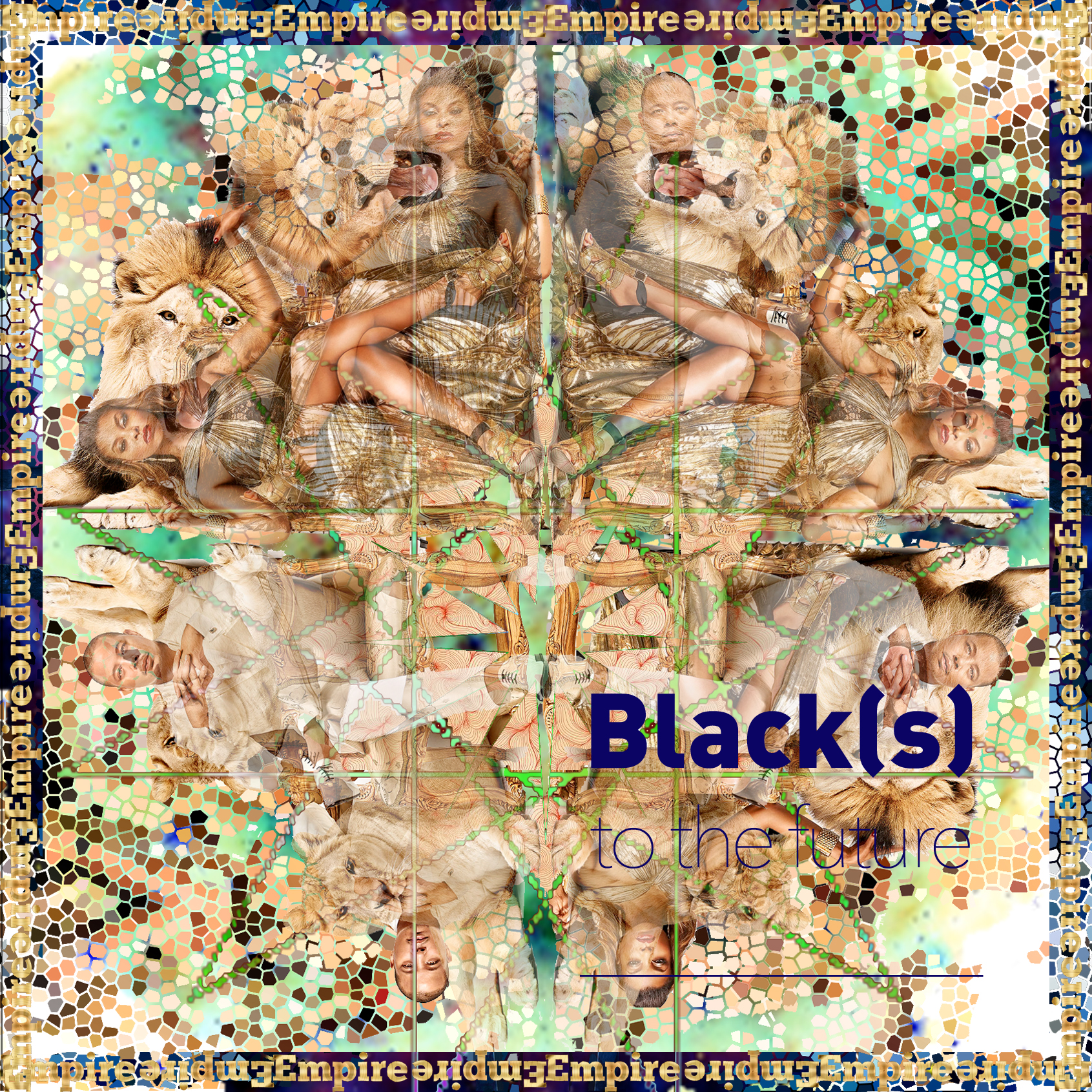 It is a well-known story, that of the unveiling of the king. In this regard, the title of the series leaves no doubt: it leads us behind the scenes of a real court, that of the “powerful”, hip-hop magnates. But it especially portrays a crude world, at times respectable and vain, desirable and despicable: here lies all its genius! After all, what is popular culture if not this hackneyed version of knowledge and codes that are initially held by a single group (of elites or marginalized)?

What is more effective for the masses than to legitimize its habitus – or routine, even sclerosis – than to laugh at this group which, by its existence alone, is an attack on the overwhelming character (and supposedly preferable) of the majority? Would Empire therefore endorse the eternal struggle of David against Goliath? Nuance: throughout this attempt of desecration, the outsider remains here an enviable character, because he is a truly unique precursor… In other words, he is free.

Judging by the success met by To Pimp a butterfly, Kendrick Lamar’s last album, the featuring with pop icon Taylor Swift on Bad Blood, and the badass and ostentatious video clip proper to the hip-hop culture, the work of our contemporaries is more and more tinted with afrofuturism. It provides the keys to the understanding of an urban modus vivendi, opening the door to its democratization. Let’s hope that the second season of Empire will still bring a light on our different visions, and that the massive progress made in the field of social cohesion will be acknowledge.

Mukhtara Yusuf is a cultural activist of Nigerian Yoruba origin who explores identity making in a post-colonial context through Afrofuturist art. Her media of choice include printwork and collage, but she is especially committed to fashion and jewelry design. To her, dress articulates the unfinished business of self-making as a “3rd culture kid” of the diaspora.

shout me down if you can