The walls could have burst. It’s funny. I instantly felt weary. There. Snippets of conversations on Afro-pessimism had emerged. What do you know about it? What is it? You tell me. You could have asked instead of opening your mouth, he said.

I left him voice mails in a foreign language, we even tried to chat on Skype but he is too busy, he said. I also get busy: I send other voice mails to another guy who lives on the other side of the earth. We feel so close. My phone is dead, shit. Is it broken or do I say to the others that it is broken?

You know what language will get me to the other end.

Here is what I say. What? You still haven’t told me what you meant by Afro-pessimism. I do not know. I do not know either. I told you I heard bits and pieces. The other returns and asks me if he can love me. “You’re hard to love”, I said. I could read the notification “seen” below the text message. He should have seen it then, right? Make a screen shot and zoom in the image, the word will disappear into the pixels. YES – but it doesn’t change anything, I feel humiliated.

No, I was not in front of him.

You are afraid of confrontations, she asks. « I’m more of an avoider ». I love this expression. Where does is come from? Well, from the US, you know. They are good at inventing stuff like that, like making everything more complex and especially validate their culture of avoiders. Last time I was there, I found myself in front of a crowd and I told them. It is so obvious with you: you are always so anxious! You worship anxiety! It really gets you worked up. This is your last fuel, for you to feel you exist, godammit! They all took a serious air, commenting, deconstructing the formula of anxiety, as if this was not another Western invention. In the end I didn’t even care. I just wanted to say that they were dicks to always speak of anxiety, because it is starting to make me anxious while I am peaceful, you know what I mean. Anxiety is contagious.

I have displayed a lot of talismans, protective hands of Fatma and Egyptian cross of Eternity on my room wall. I felt just as if I were my mother. And then all of a sudden, I asked myself: But shit, protect me from what?  And my Sahbi in front of it all: You’re so stupid, the only thing that protects us is Allah and none of your bullshit, he said. I was naked. 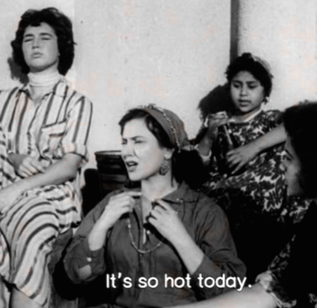 So, that’s it. He never answered. I felt stupid to have wanted to be transparent, then I just went outside. I needed some air, I was listening to Missy Eliott, the radiant sun embraced me, he wanted to rest on my heavy eyelids. I took the road opposite the metro and went toward the trees and the forest. The opposite road. I started dreaming of a life on another planet.

One day, while I was doing some research on Google, I fell on Muñoz. My friend Alan had told me about him, and had lent me Disidentifications, saying that I would surely be interested for my research. Vaginal Davis was on the cover: a young punk artist with an inordinate and muscular body, her head adorned with a crown of flowers, a hazy look and hair of gold. Disidentification. To make it short, it is a radical approach for colored people with minority sexualities. This approach allows us to reread the idea of identification that is often described or addressed in the queer theory and critical race studies, in the light of a less polarized and more hybrid reflection. Disidentification is to use a code, a matter that was already manufactured by a dominant system, and modify this code to add new information, so that it will be visible only by the minority subjects. I have read this book two years ago, and I have reread it for the needs of a workshop I was invited to. Rereading Muñoz’s book was like an immersion heads on into salted water. I was deeply stirred as soon as I went outside. Or when I stopped reading. It has its own Wikipedia page since then.

Dry throat. I kind of liked you though: Ugh. 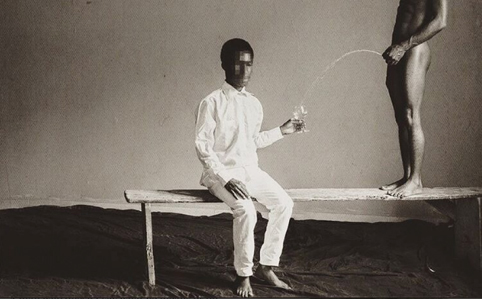 (…) with “disidentificatory spaces,” a strong link to language was unveiled that explains my writing attempts: using French terms and words, but impregnating them with English and Arabic slang. For example in a video called “hard to love”, I wondered how difficult it was to love a language, a mother tongue that was considered foreign, to which I found hard connecting because we hardly spoke Arabic at home. I am drawing a parallel with the complexity to love in a society that is predominantly white and capitalist, when your body is brown and that you want to be in love. In this video, where I decided to speak in English, I repeat several times the same phrase “I didn’t learn to speak …” and I complete the sentence by a phrase corresponding to a language: English, Arabic, French, Spanish. Then I shift and I go on “I didn’t learn to talk about myself”. I wanted to link the difficulty to speak, in a first time, the difficulty to speak in Arabic, French or English, and finally the difficulty to express yourself when it comes to the self and to certain emotions. This visual experimentation – where you can see a hand that grabs a glass of water and puts it back to infinity – was a way to think about exhaustion. The exhaustion of the self, of expressing yourself, and this depletion to express yourself in a foreign language.

How many images until you start to exist?

«In one of my dreams, Vaginal Davis wore a blue blouse (blue in Arabic is said “Zraq”: زْرق) and was president. She was spitting on everyone but with elegance. The other time I saw her for real, it was in a small restaurant rue Rambuteau. The mascot of the place was a big bulldog. She was elegantly gossiping about. She was telling me secrets about José, varnishing her old memories, and I felt like a queen.
Some other time, I escorted her to choose and buy flowers. In the middle of the display I thought of Mrs. Dalloway. Delighted, ravishing herself, she hesitated, like Mrs Dalloway, and finally did not know which ones to choose. I pointed to all the blue flowers, those which seemed the most elegant and original.
Another time, the last time, she was at the National Archives in Paris. Before appearing on stage, under the make-up, I discovered a thousand wounds, cracks, bursts of interrupted reminiscences – under her eyelids. Sitting on a sofa, surrounded by vases and records of Barbara and Nina Simone, she was telling the same secrets before an audience. It was called a performance. I felt betrayed. I saw a message in it // //

// but in what dimension are we?

I just have to make one last trip: go and see the Nile.

You could decolonize your body, or you know, write things about it. But do not write about this, keep this secret, because at university, they will take it all back, study it, dissect it and teach it. And after it will be disinvested of its substance, isn’t it how supremacies operate, baby?

« In addition, he lives a romance made public with another HIV-positive black man. This in itself constitutes a true revolution in the field of plays and performances of sexuality and of activism on television. Zamora is practising radical desidentification. » 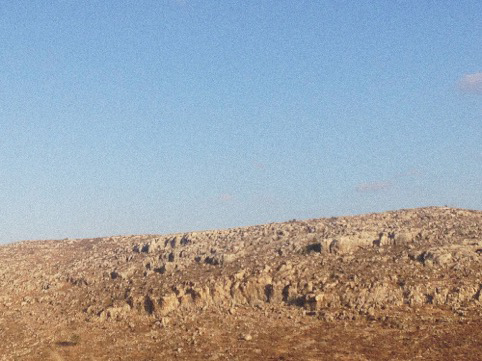 I am telling the story of a lifetime, coming and going between Africa and Europe, between Europe and the world, I am an hybrid, I am the product of a fusion of cultures and identities. But what is hybridation if we think of Pangaea’s principle and of the history of mankind? Can we really define ourselves depending on our origins, color, culture – a culture that keeps evolving with our environment ? Am I African, European? Isn’t the principle of universality more important? This brings us to the one and only essence of our being : humanity.