“My name is Younes Bouherrour, but my artist name is Wiz you ! I am 23 years old and I was born in Lille. I am now living in Bordeaux. You can call me an illustrator but some people say I am an Artist ; a status to handle with care.”

Both my parents are Moroccans. I have a chaotic educational background. In 9th grade I wanted to draw but my school advised I should graduate in “maintenance of industrial equipment”, claiming that wouldn’t succeed otherwise… Long story short: I really was not cut out for studying. I am a natural self-taught person. When I happened to replace the teachers during class, I understood that they had not much to teach me. Of course I was able to learn things, but not as much as I imagined and it was depressing. I have therefore decided to quit my Graphic Design studies to become a self-taught freelance illustrator. I needed to create my own universe, to follow my personal legend, as Paulo Coelho puts it. 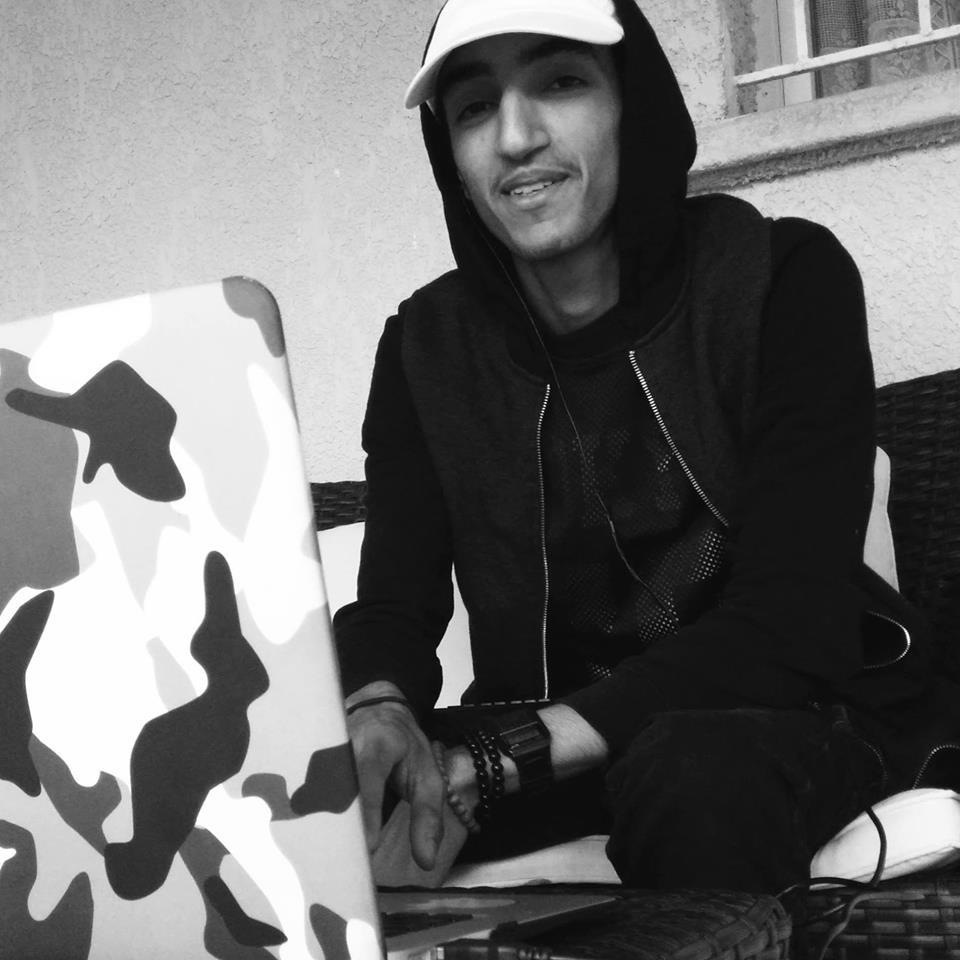 No, I do not believe I am part of this species. I do not know why, but I have never really seen myself as the others. And I am not sure I would be able to put a label on what I am, because in the end nobody really knows who he/she is. 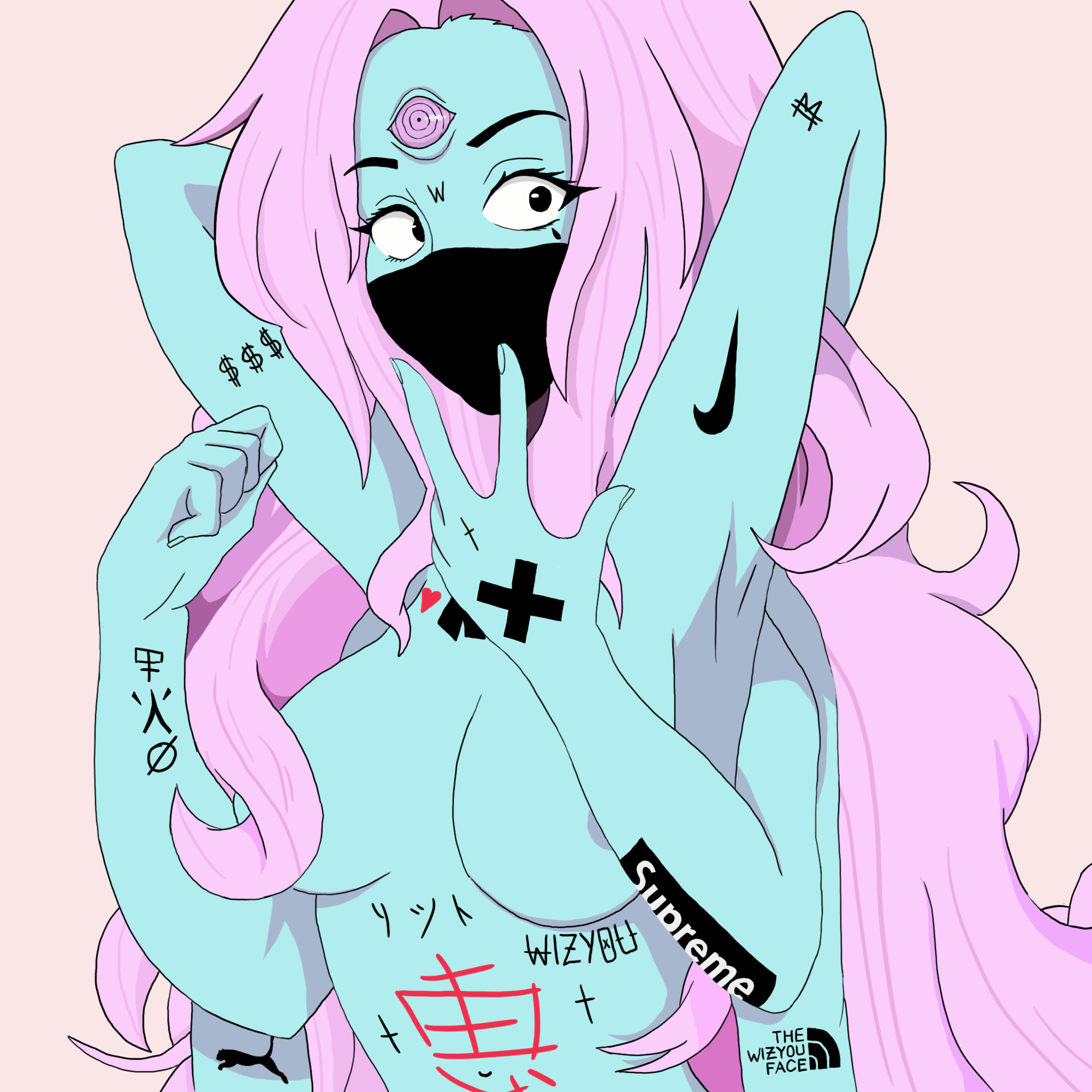 Do you believe in intuition?

A 110%. It is the really fundamental thing in life and everyone should exploit this enormous potential that we all have inside us.

Optimistic? I would say the complete opposite. I like to pick holes, but it does not make me a depressing person, on the contrary. It allows me to keep my feet on the ground and to prepare for the future ; because following your dreams is not easy. 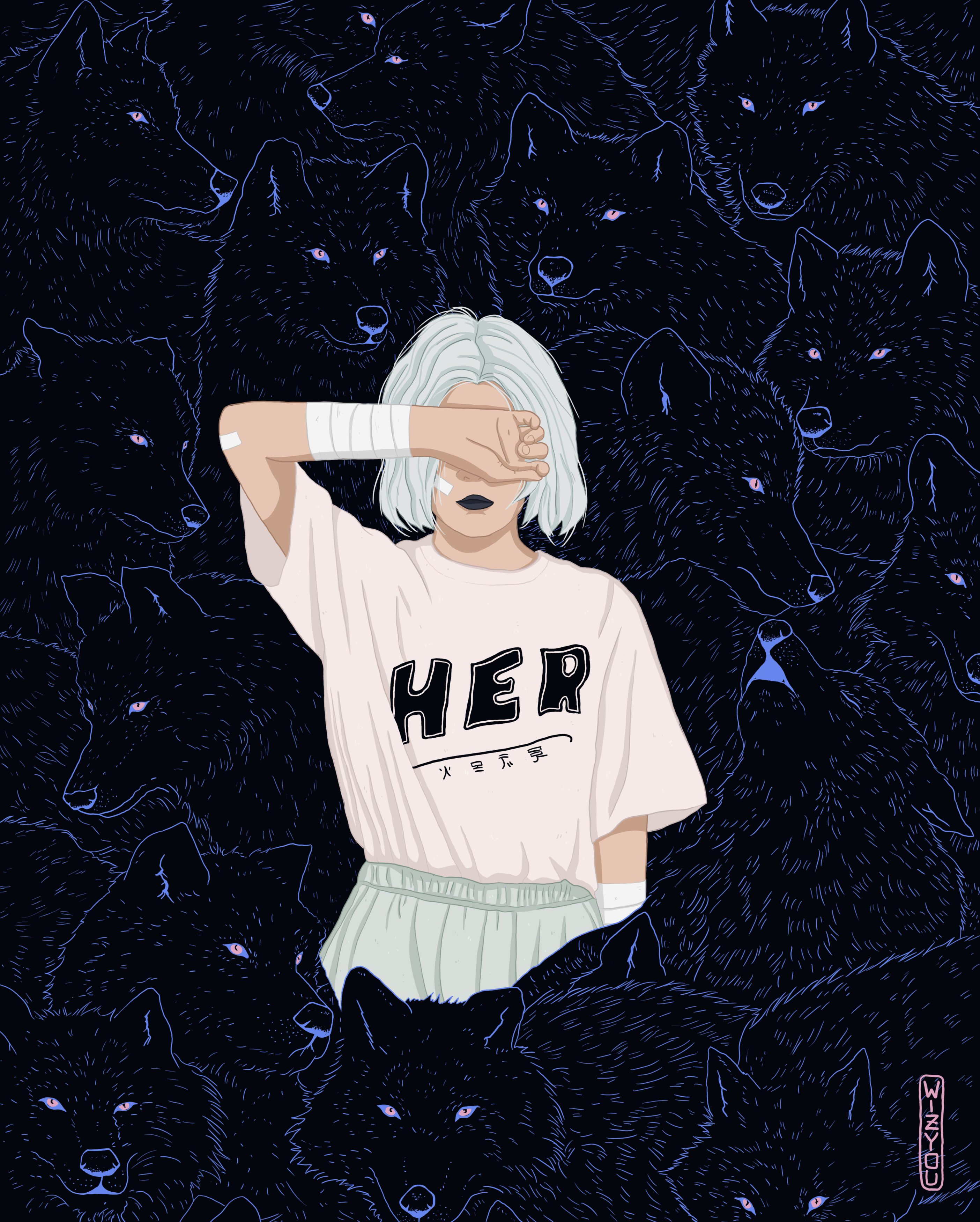 How would you describe the future?

The Future? Hmmm… I think that the world will undergo a big global crisis at every level, but that subsequently, this will create an extraordinary world with a lot of diversity. Otherwise, from a visual point of view, I guess I see it a little like Japan. 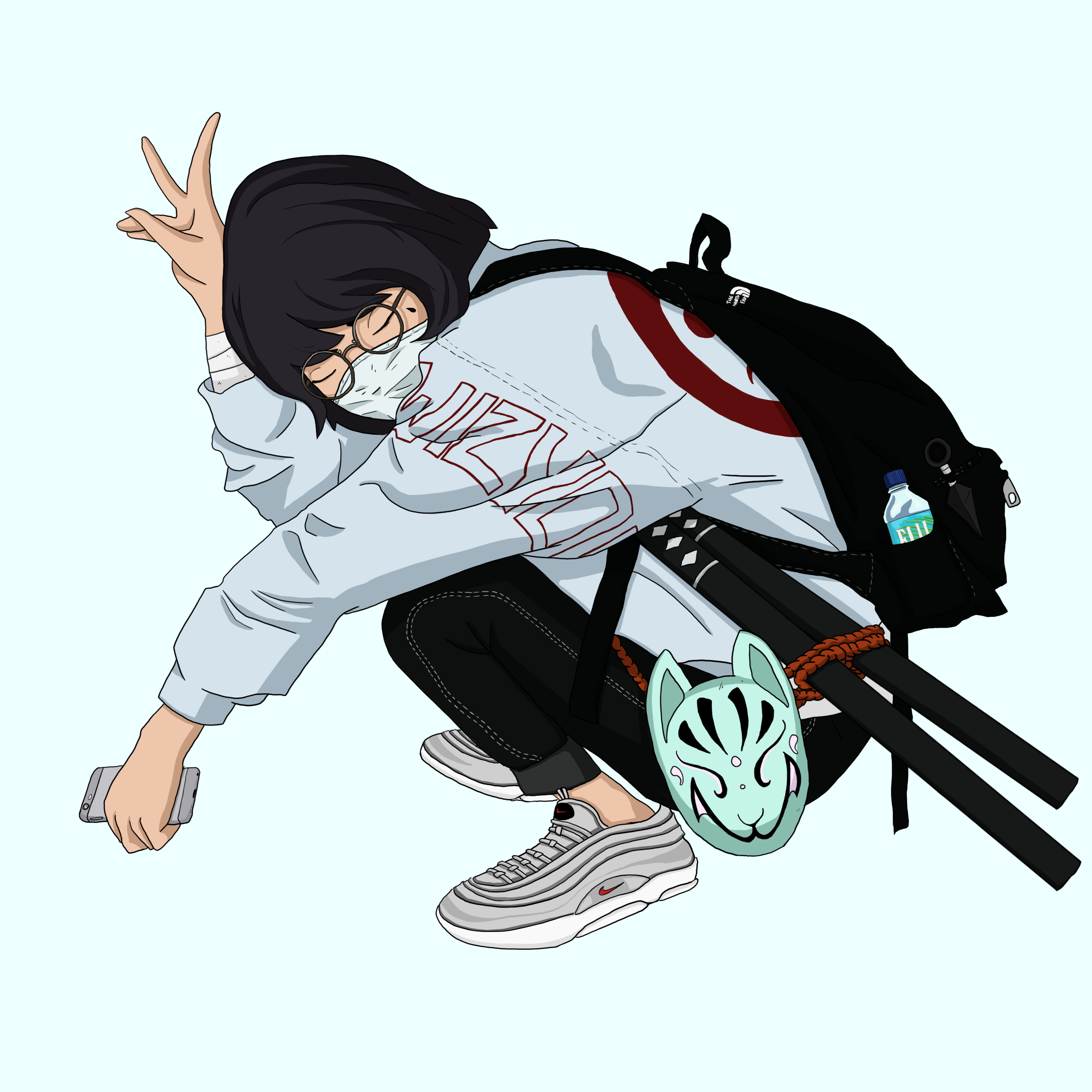 Are magic and technology opposed?

I do not think so, because we call magic what we cannot explain; but go and explain to me how a phone works! Talking to a guy at the other end of the earth with invisible waves, is it not magic when you think of it?

What are the difference(s) between dreams, desires and projections?

We create dreams during childhood. Desire is optional, and projections are a kind of spoiling alert on our future life according to our current state of mind. 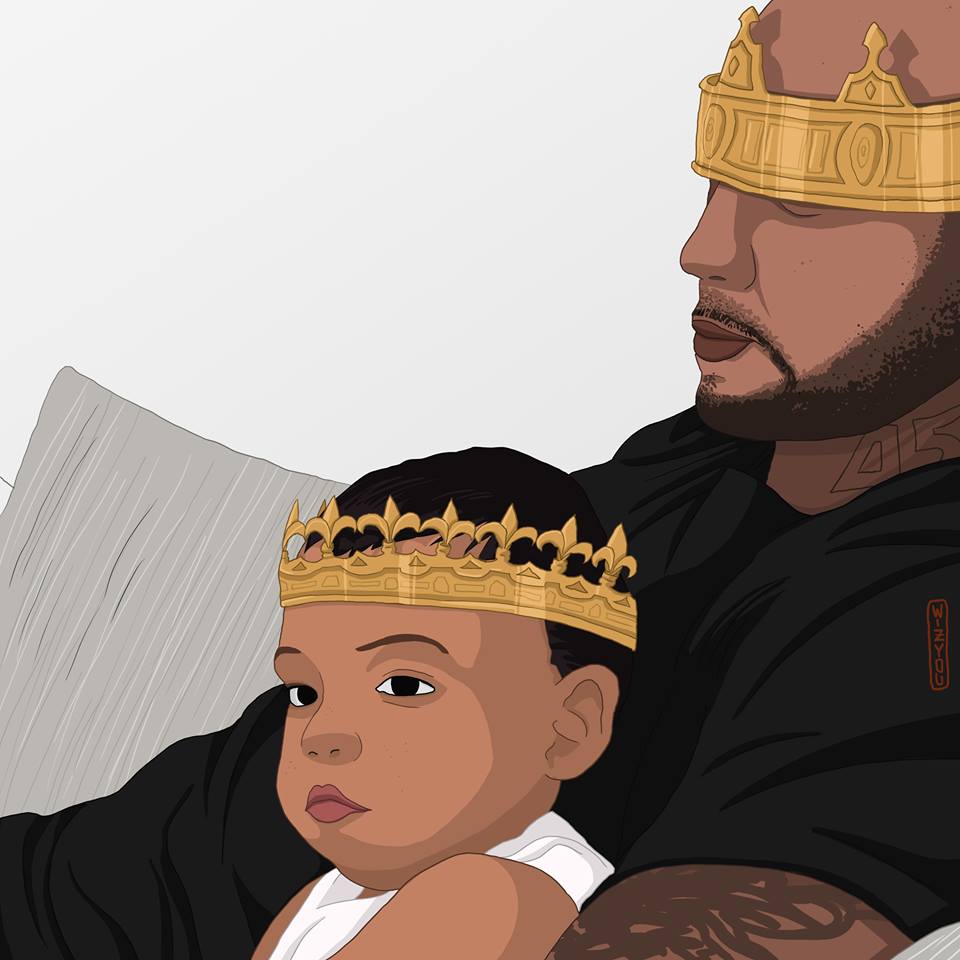 What does “fantasy” mean?

Haha, a fantasy is a dream that we never allow ourselves to achieve. Because achieving it is like breaking the fantasy. A fantasy is often something you know you will never be able to do, like caressing Donald Trump’s strand, see? 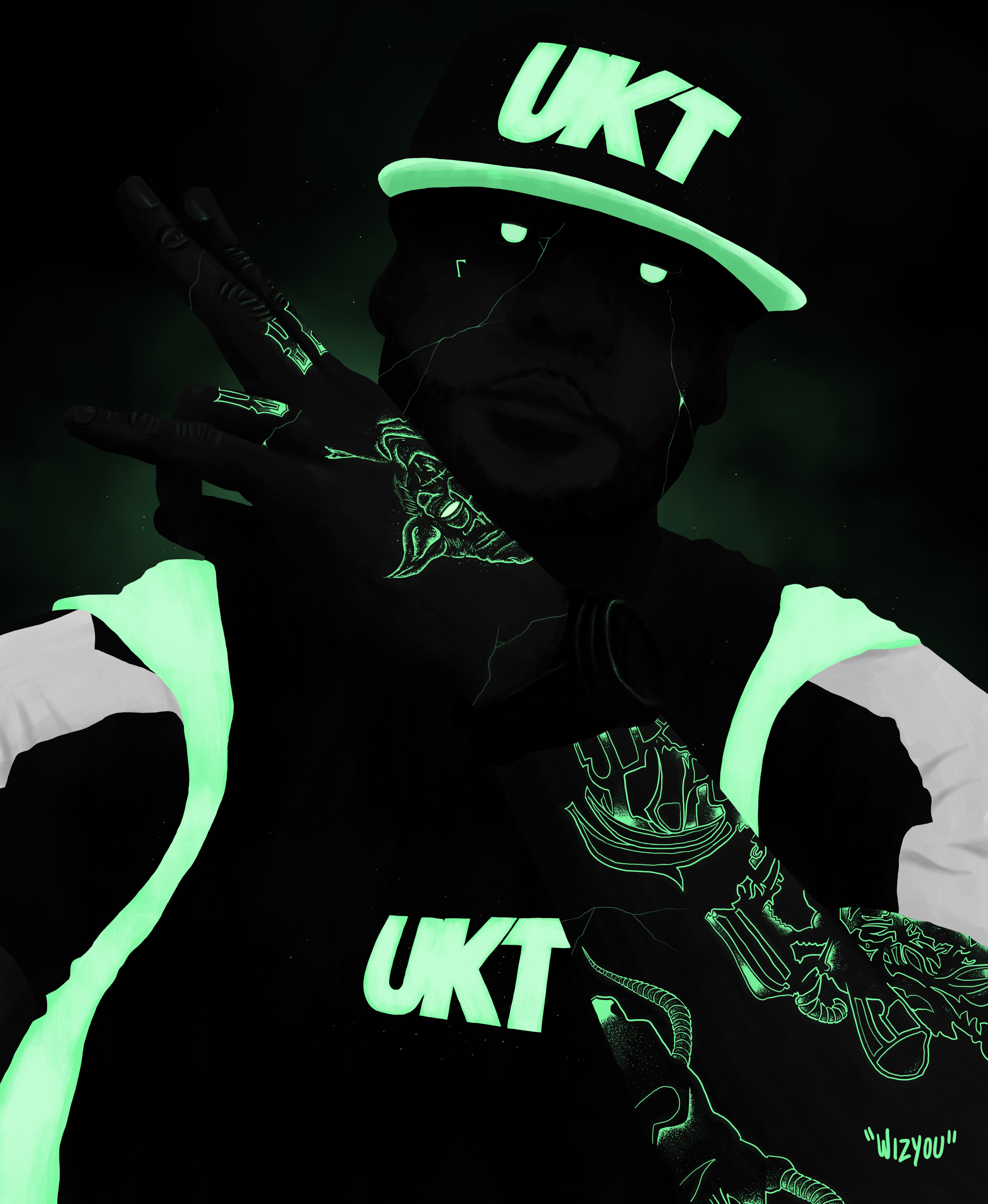 Do you feel like a stranger? If you do, towards what?

I would say yes. You know, as a North African, this is not easy, but I am not here to sob about it, on the contrary, it is my strength. But in France we are considered as Moroccans whereas in Morocco we are considered as French. We are not falling between two stools but we are falling the ass right onto the stool. 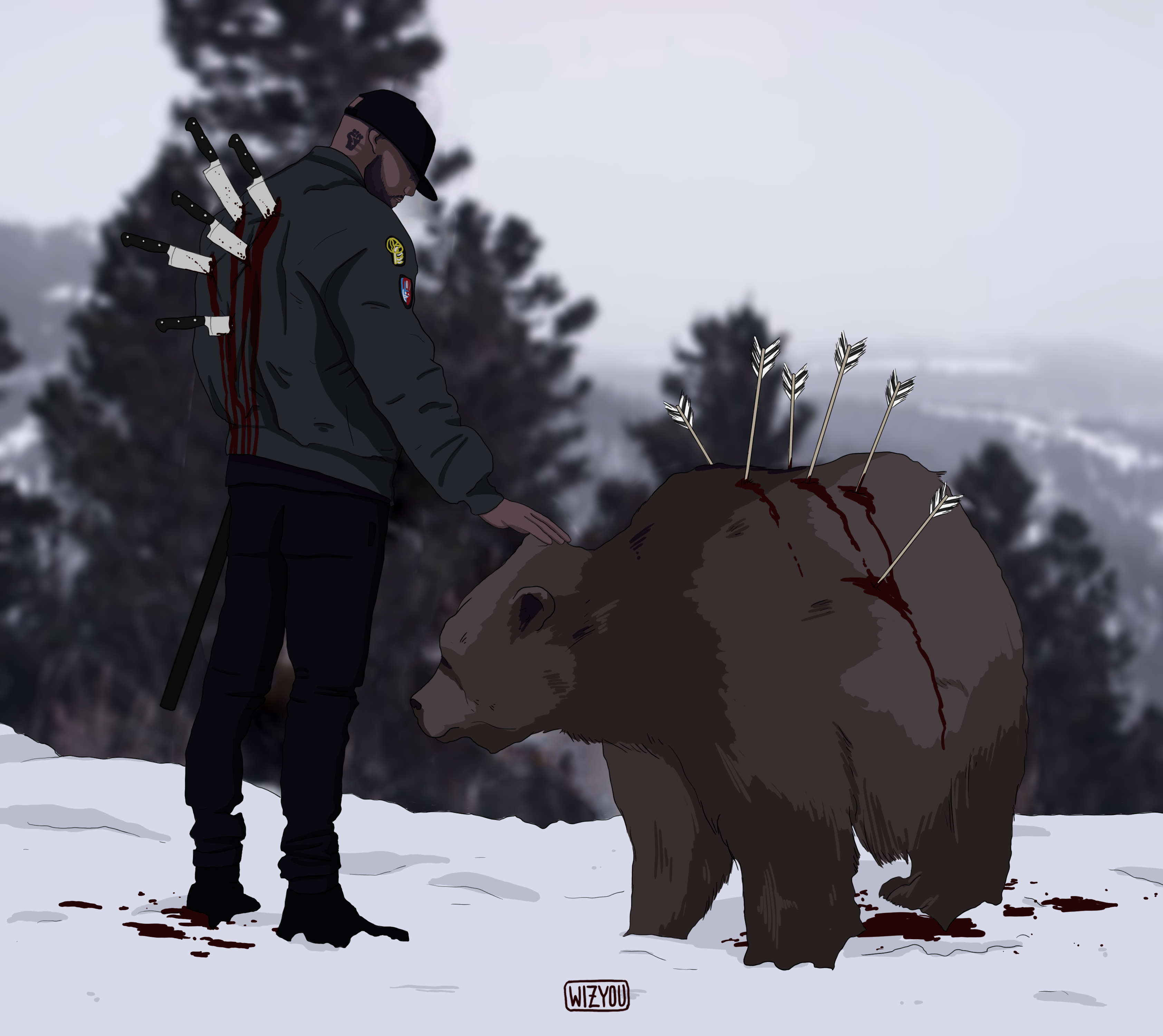 What does “blackness” mean? And what about “Afro-ness”?

The first (“Negritude”, in French) is a literary and political current, created between the two wars, bringing together black francophone writers like Aimé Césaire, Léopold Sédar Senghor, Léon-Gontran Damascus, Guy Tirolien, Birago Diop and René Depestre, with a particular link to anti-colonialism. The movement then influenced many people close to Black Nationalism, extending well beyond the Francophone space.

Yes I looked it up on Wikipedia, so what? Everybody does it. To tell you the truth I don’t really know, I thought that it was an insult…

As for “Afro-ness”, I don’t really know, I would say people from and attached to the African culture?

It is the richest continent, in every sense. 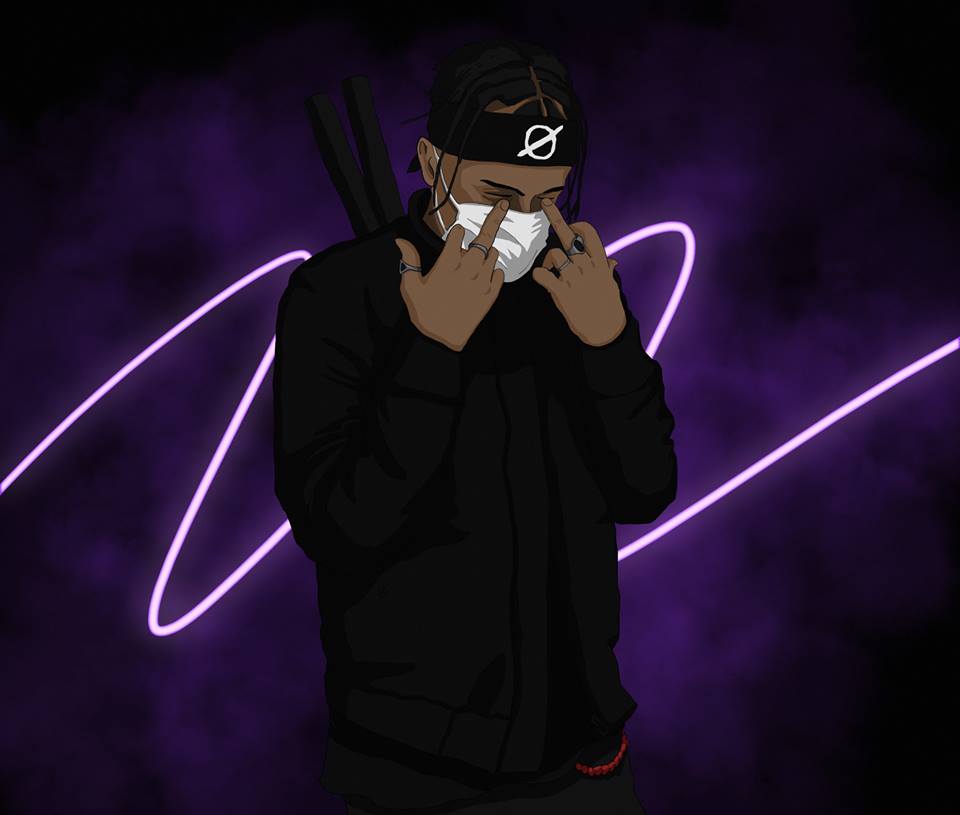 Has Africa got anything to learn to/from the world?

I think that Africa is an example of the fact that the people who live there are really different from what we know. There are extremely rich cultures, both culturally and philosophically. The people are friendly and joyful, they often live modestly but – especially – learn the true value of sharing… compared to our society today, where we all live for ourselves, squandering our time in trivia; based on a model of (over)-consumption. 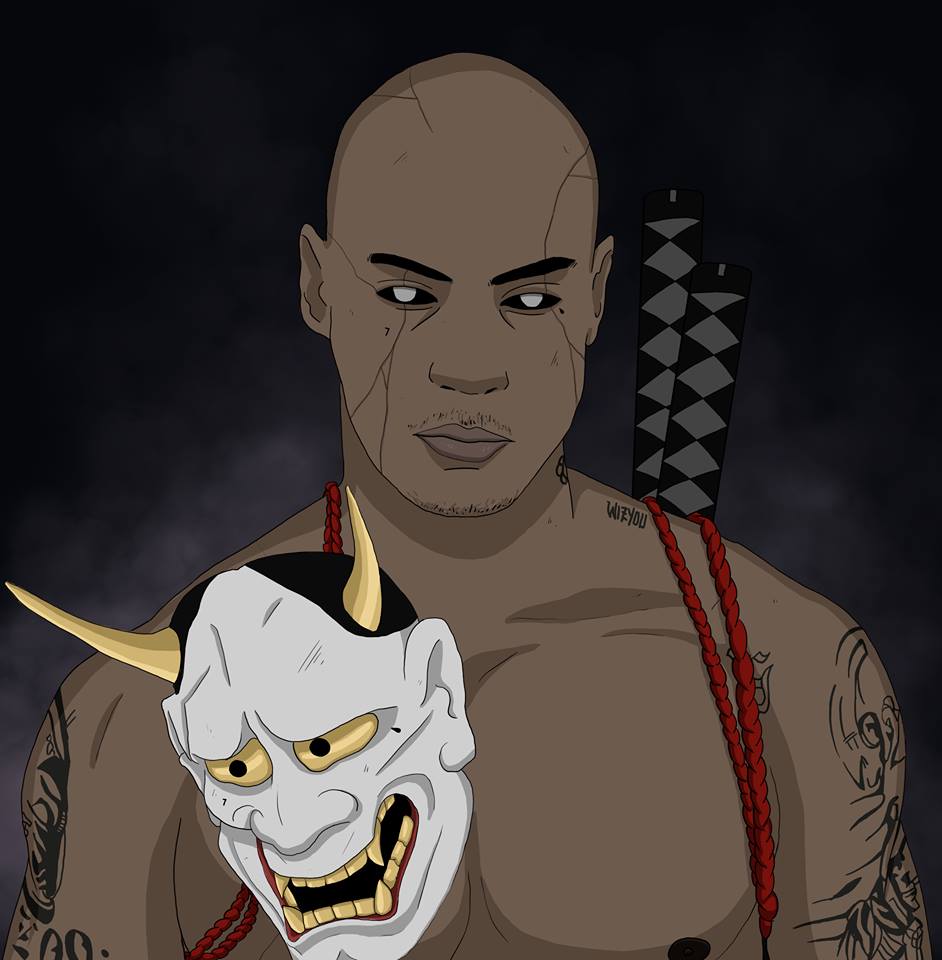 What is its future?

I do not know, but I think it will be extreme. It will either succeed to depend on itself and will grow at an exponential rate, or it will be eaten away by the wars and the monetary issues of other countries, vis-a-vis the rich nature of raw material on the continent.

Afrofuturism is seeing the future through Africa. Seeing this magnificent continent be reborn from its ashes and showing the world that it can be an example for the latter. 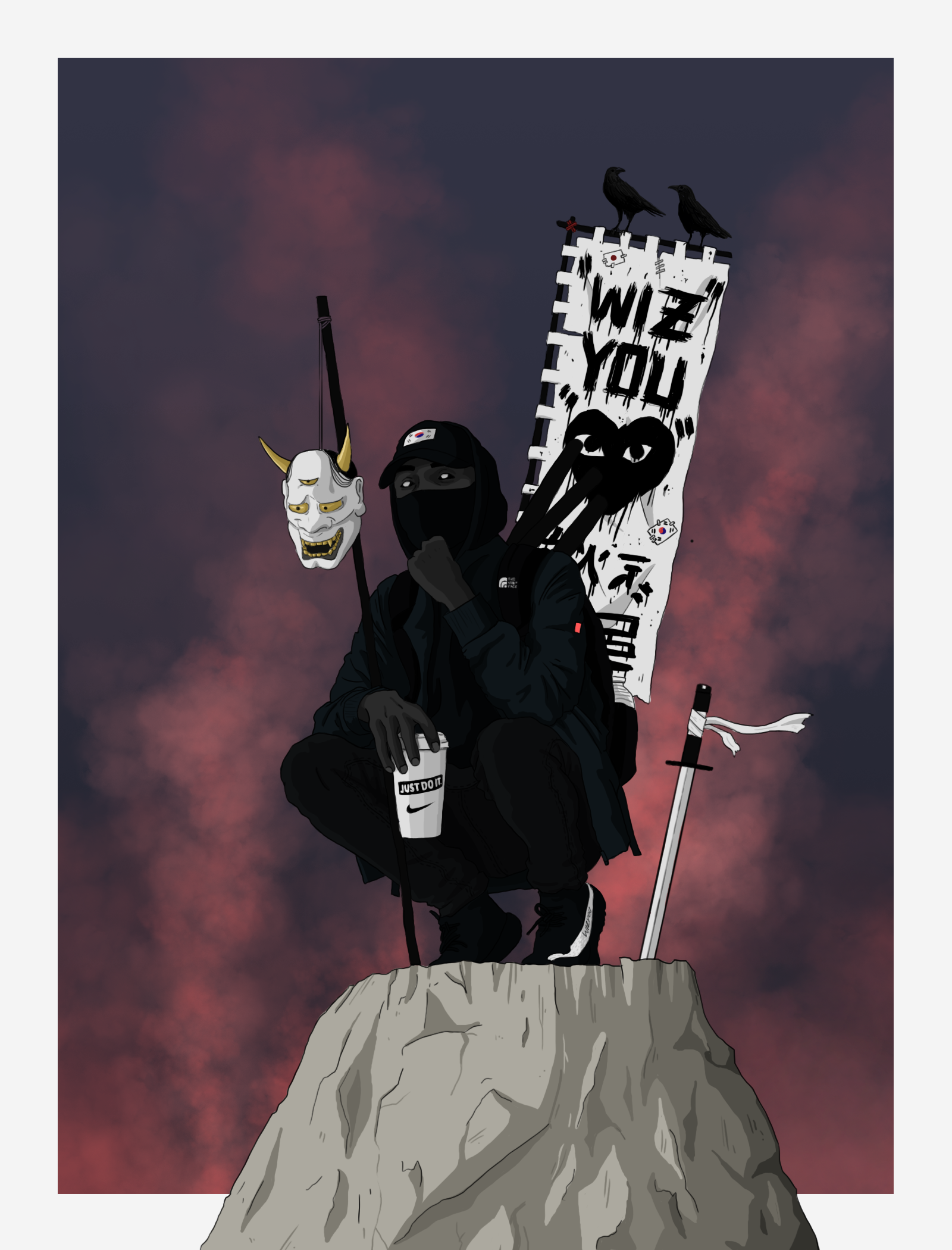 Are you an afrofuturist?

Of course, I want to prove that it is a rich culture and that the people who come from this continent can be an example on this planet, but without falling into communitarianism. Because in the end don’t we all come from Africa and aren’t we all humans?

What is the last thing that you have learned?

I learned that my mother bought decaffeinated coffee. But what is coffee without coffee? I was upset. 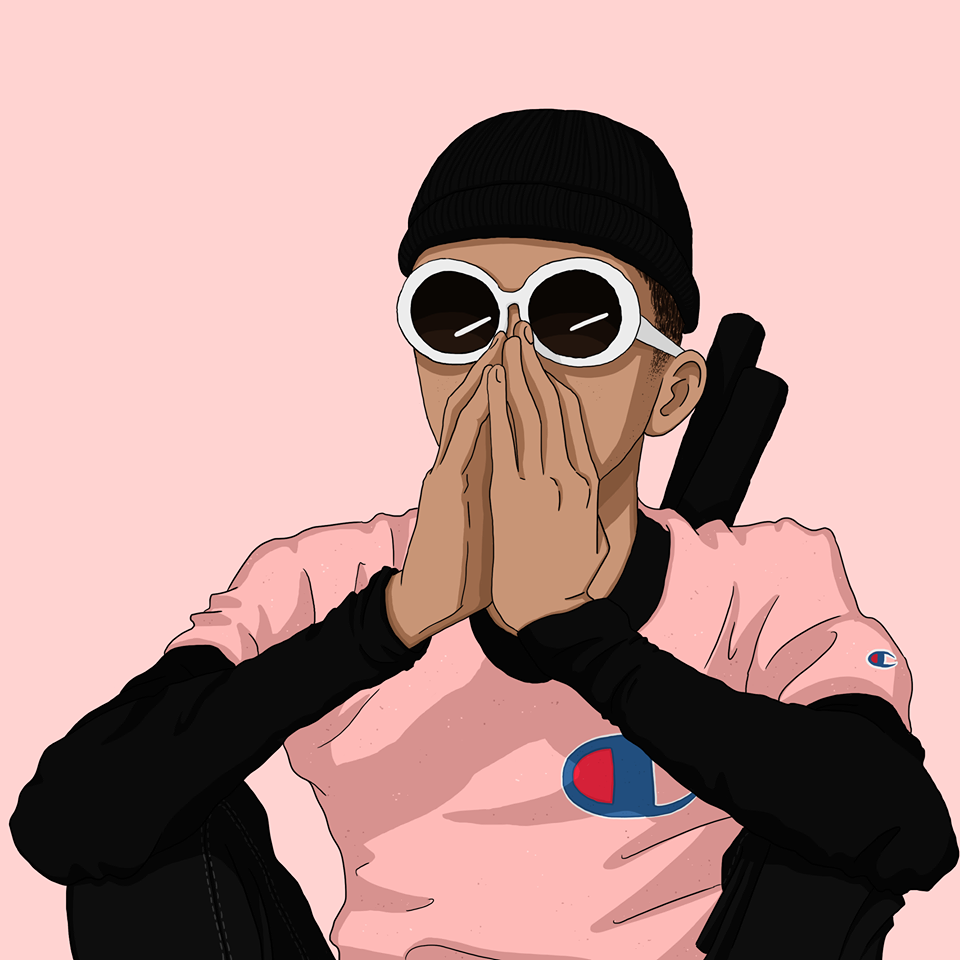 On Mount Fuji if I remember well, I had to move there for my old days and be left alone.

Rohff – Testament, no doubt. The music of an imprisoned man who frees all his hatred and his sadness during 8min. With no chorus. With no glitter. It is a truly inspiring music to me. Regarding the text, the moral, and the life that it tells.

Describe the end of the world.

“And then the heavens will pass away with a roar, and the heavenly bodies will be burned up and dissolved, and the earth and the works that are done on it will be exposed. For then there will be great tribulation, such as has not been from the beginning of the world until now, no, and never will be… Immediately after the tribulation of those days the sun will be darkened, and the moon will not give its light, and the stars will fall from heaven, and the powers of the heavens will be shaken.” (2 Peter ch.3 v.10  and Jesus according to Matthew ch.24 v.21)

And if you had to start over again?

I would do it all over again! But I would not forget to take two or three lottery results with me to ensure a small financial comfort, you know?

Never let anyone dictate your future and especially not your school. Follow your dream until the end, whatever happens. 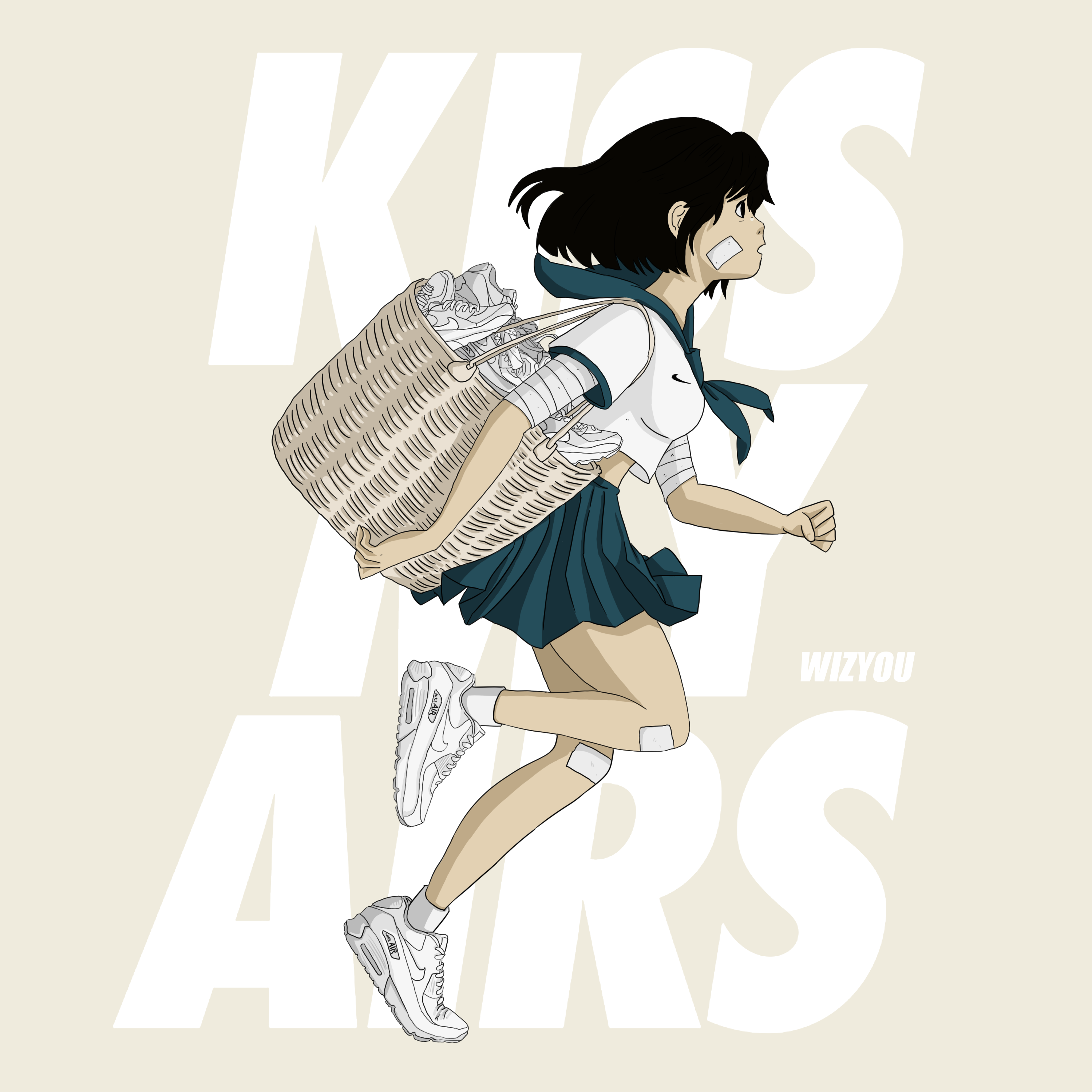